Moco is a place-name of uncertain origin and intriguing as to how it came to be applied to a farmstead and historic hamlet straddling Cheyney Water. Isolated from Steeple Morden village centre and other hamlets; it is a supremely evocative spot lying in the shallow valley of the chalk stream. The farmstead and dwellings were increasingly abandoned from the late 1800s and by the early 1930s were left only a stock yard with shelter and derelict cottages utilised for storage.

The remoteness of the location evokes the slower pace of farming in the past, that was labour intensive and obliged the care of livestock. Those responsible for providing that care, best lived close by.

Today, Moco is an unconstrained mass of wild flowers, long grass, bushes and trees, set messily within the adjoining arable fields.  An extensive area of fashionable re-wilding that has occurred with little human direction. Over the last 40 years or more this wilderness has grown dramatically and today it demands huge imagination to visualise it tamed and a busy little agricultural community at this spot. Moco Farm Modern

Moco Farm acquired notoriety in 1734, when a harmless maid-servant Elizabeth Pateman, age 17 was murdered there by an unknown assailant. The wicked crime was reported widely in newspapers up and down the country and these reports supply the details we know today. Murder at Moco

Later in the 1880s, John Charter of Moco Farm struggled with depression. Farming had become increasingly unrewarding and it seems it all became too much for John and in 1881 he attempted suicide by cutting his throat. Sadly, he was sentenced to three month’s imprisonment without hard labour and this was followed by confinement in Fulbourn Lunatic Asylum for a similar period. All to no avail, as three years later he was found dead, hanging in one of the barns. Demise of John Charter

With these dramatic happenings at this lonely location, it was probably inevitable that ghosts would appear, although they waited patiently and were not publicly evidenced until 1901. A little later further ghostly happenings were reported during the First World War. Ghostly Happenings

It is possible that the name Moco is derived from the Yemen port city of Mocha on the Red Sea, after which mocha coffee and chocolate are named. There was a Mocha Field in the Tithe Apportionment 1839 for Steeple Morden and this adjoined Moco. If this is so, then Moco simply implies a distant place, which fits with its rather isolated location. 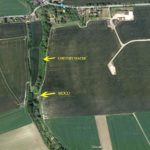 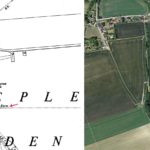 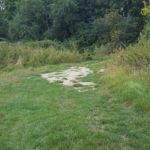 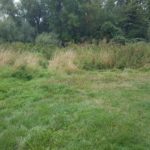 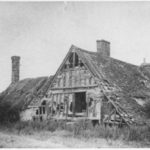