Moco Farm as it is today

Moco Farm on Litlington Road was conceptually “moved” there from its ancient site, which lay next to Cheyney Water in the middle of the open fields, after the Jarman family acquired the ancient Moco Farm and most of its land in 1933

Arthur George Jarman 1869-1948 started the process, although he would have had no idea what his life plan would finally result in. It appears he was generally known as George, but we will call him Arthur George to distinguish him from his son George Frederick 1890-1967, who eventually plays the key role in the creation of the modern Moco Farm.

Arthur George was born on The Green in 1869 the son of Samuel and Susan Jarman nee Christmas. Samuel was an agricultural labourer and coprolite digger. Arthur George married Elizabeth Newland at Steeple in 1888 and by 1891 they were living in one of the cottages at the ancient Moco site with the first of their five children; William Lovell 1889-1911 and George Frederick 1890-1967.

Arthur George was a shepherd in 1891 and appears to have had ambition. Around 1895 he took on the tenancy of The Fox Inn on The Green, which came with 3 acres of land and by 1901 he was described as farmer & publican. In the trade directories 1896 to 1929 he appears as beer retailer at The Fox. However, he was quietly developing his farming interests and in 1925 is recorded as tenant of Cambridgeshire County Council for Tithe plots numbered 101 Chenies Close pasture 2a 0r 2p, 124 Wet Close pasture 1a 1r 23p and 126 Squires Close arable 1a 3r 4p.

In the 1929 Rating Schedule he is recorded as liable for 3 acres The Fox, 12 acres Cheyney Water and 4 acres Litlington Road. The extent of his farming empire justified painting his name and location on his farm cart, illustrated in the photograph below.

About 1934 Arthur George left The Fox and retired to a bungalow on Litlington Road, which the family had built on land they had bought from the County Council. Today the bungalow is 34 Litlington Road.

The rise of George Frederick

George Frederick, son of Arthur George, was born 1890 and remained living at The Fox, until he got married in 1931. In the 1911 Census age 20 his occupation is given as agricultural labourer and by the 1921 Census he is age 30 and now a farmer on own account. He is recorded in the 1929 Rating Schedule as holding 4 acres in Litlington Road, 20 acres in Litlington Road and Rectory Farm and 25 acres in Station Road and The Green. He is farming at least 49 acres, most likely rented from the County Council, and operating on a greater scale than his father.

Aged 31 and reasonably well established as a farmer, he married Ethel Annie Elizabeth Edwards at Leyton, Essex on 4 July 1931. One wonders how they met? They set up home at The Homestead in Church Street, where they remained until 1938.

The major step-up in the land holding came in 1933 when he bought the freehold of the ancient Moco Farm, with 65a 2r 38p of land. On the sale particulars it is noted that both lots were bought by Parrish of Church Farm for £1220 in total. However, it would appear he was bidding on behalf of George Frederick. It was not uncommon for one person to bid on behalf of another. It is recorded that by conveyance dated 3 October 1933 the Trustees of John Jarman of Kneesworth transferred the land to George Frederick Jarman and the extent is shown on the location map below. It is also recorded in an adjustment of the Tithe Apportionment and similarly illustrated below. One wonders how this purchase was financed.

The name Moco Farm was moved to apply to the new farmstead on Litlington Road and the ancient Moco consisting of farmhouse and two cottages at this stage was left to quietly moulder away.

Two further plots south of Litlington Road acquired by the Jarman family are shown on the location maps below. One is the field that had been owned by the Pain family, subsequently part of the Cheyney Estate, then bought in 1909 by Cambridgeshire County Council was acquired from the Council by the Jarman family and they built two bungalows on the part adjoining Litlington Road in 1932, then in 1937 a farmhouse on the north-east end, which was named Lilton and where George Frederick and Ethel live from 1938. In the 1960s two further dwellings were built between Lilton and the bungalows to house Peter George and Kenneth Frederick, who took over the farming business from their father.

Then along came the Second World War, with news that an airfield was to be constructed taking up virtually the whole of the new Moco Farm and further land beyond. What arrangements were made to compensate land-owners and tenants in this situation have not been investigated. Eventually, after the war the land was returned to the Jarmans, although there were many buildings, runways and roadways to remove. It seems that it was not until the early 1960s that at least some of the land was formally given up by the Air Ministry.

It is uncertain, when the Jarmans expanded the tenanted land to include the entire County Council holding south of Litlington Road. It may be that this occurred after the end of the War, when the land was given up by the Air Ministry? The three parcels of land total 51a 1r 27p.

A further block of land lying north of Litlington Road and believed to have been acquired for £41.598 in April 2006 was added to Moco.

More about Moco. More about Moco Farm. And more about the bungalows and houses built by the Jarman family on the field adjoining Litlington Road 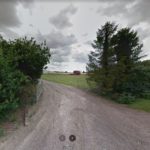 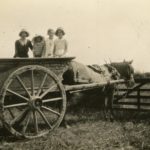 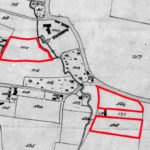 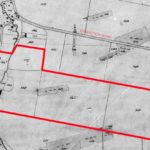 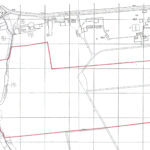 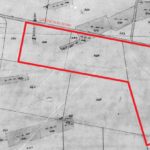 Land Owned by Cambridgeshire CC and Tenanted by Jarman Family 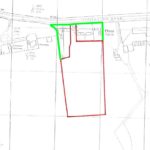 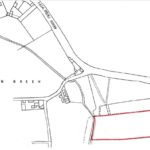 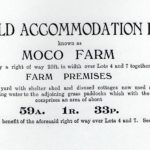 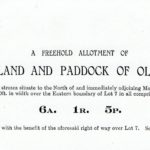 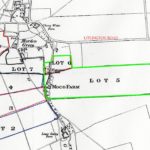