In 1871 began what was to become the deepest and longest lasting agricultural depression, this country has experienced. As the years past, farmers and especially small-holders expanded their crops to fruit and vegetables and market gardening became an important part of the farming activity in Steeple Morden, as did raising poultry and egg production. The Franklins of Brook End were one family, which embraced the new farming business model and even extended it to a couple of retail shops in north London, as well as standing at Covent Garden wholesale market. Franklin Family

Introduction of Watercress as Commercial Crop

A niche crop was watercress and it appears an “outsider” Joseph Welsh, a watercress grower at Great Amwell, Herts was first to establish growing beds alongside Cheyney Water which was a greater body of water than it is today, with a plentiful supply for cress beds. This was likely to have been during the early 1880s, as watercress beds are shown as established north of Moco Farm and south towards Lower Gatley on the OS 25” map, which was surveyed around 1886. The scale and shape of the beds suggest quite substantial excavation was necessary for their creation.

It is likely that the watercress was sold at Covent Garden and also at Stratford, a wholesale fruit and veg market in north London, which was active at that time. Joseph Welsh later in 1898 got himself into trouble at Stratford, as described in the feature below. 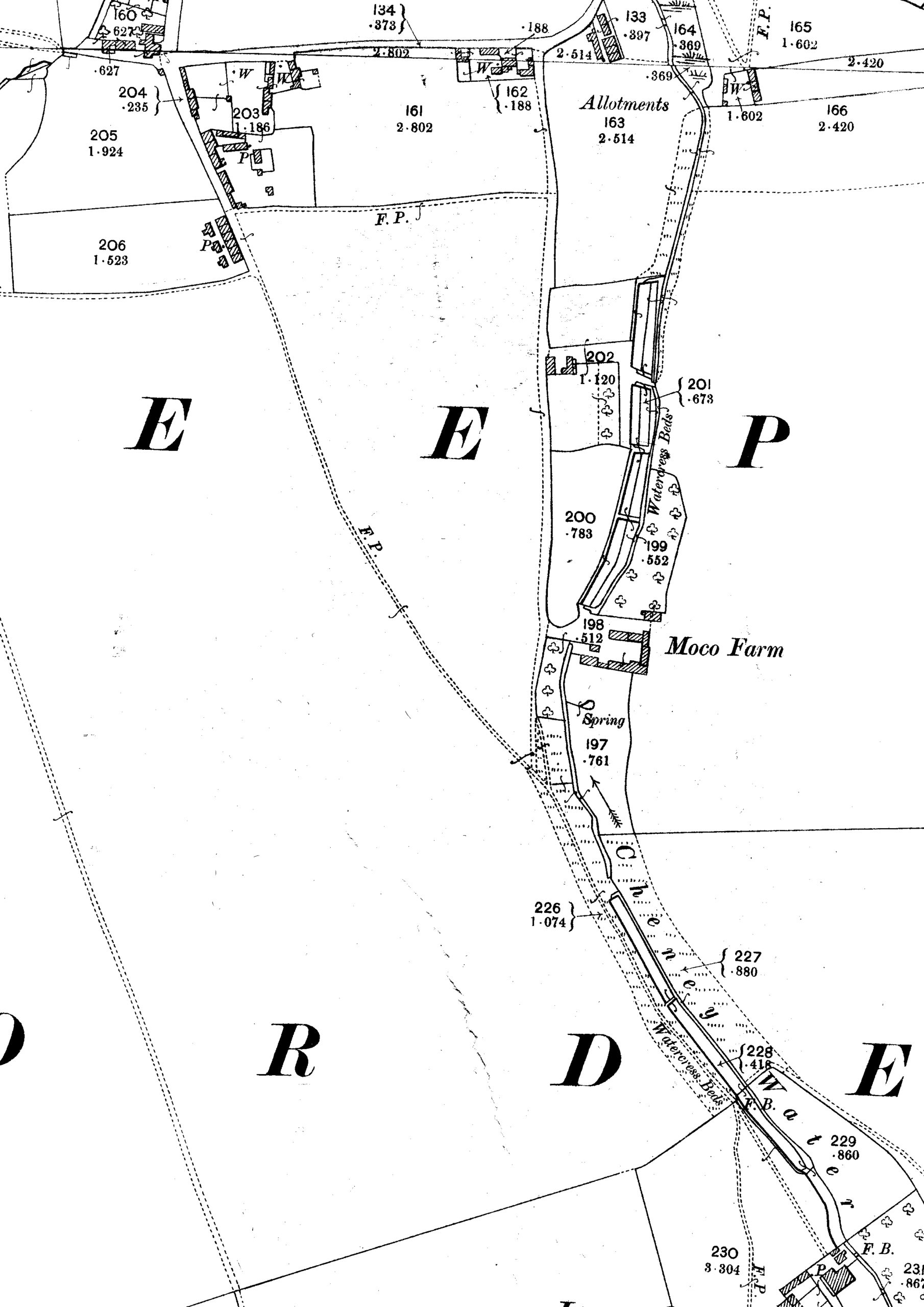 Little mention of commercial watercress growing has been found. There was a case of theft of cress by George Capon, a tramp, in 1895 and before the Magistrates on Monday 8 April he was fined 6d, plus damages 6d and costs 14s. As he could not pay, he was given 7 days in jail, in place of the monetary penalty. The owner of the cress was said to be Joseph Welsh and the beds were on the enclosed land of F J Hunt, who farmed Church & Moco Farms at that time.

There had been an earlier watercress theft in 1892, when the land owner was said to be Samuel Armstrong of Gate Farm, Shingay, although the theft was from land in Steeple Morden. The location of this theft is uncertain.

Listed in the 1901 Census is Benjamin Waller living in a cottage on Litlington Road, a widower aged 38 with four children. He gave his occupation as watercress grower – worker. He was born Ware, Herts, where he had previously been a maltster. Great Amwell and Ware adjoin each other. He had married Elizabeth Annie Gartland at Ware in 1887 and they had two sons, Ernest and Charles William and a daughter, Emily at Ware. The family came to Steeple Morden in 1894 and their fourth child, a son George was baptised here 0n 31 December 1894 (Benjamin’s occupation was given as labourer). Sadly George died and was buried at Steeple on 16 April 1895. A further daughter, Hilda was born here in 1895, although there is no record of a baptism. The mother Elizabeth died in 1899 at Steeple and was buried here 6 November 1899 age 34. It has not been ascertained when Benjamin and family left Steeple, although by the 1911 Census he was a municipal gardener in St Albans.

Moco Farm was farmed with Church Farm and both were part of the Wimpole Estate, until they were sold in 1892 to John Jarman of Kneesworth. He sold up in 1933 and the farms were bought by Francis William Bertram Parrish. There is no mention of watercress beds in either set of sale particulars.

It is likely that the commercial growing of watercress came to an end at the time of the First World War. David Crow recalls as a child gathering cress here in the late 1940s and 50s. The abandoned beds north of Moco became incorporated with Cheyney Water and were used for many years as a trout pool fished by the Jarman family, who took over Moco Farm after the Second World War.

With a healthy well watered chalk stream, such as Cheyney Water, watercress would have likely grown naturally over the centuries and been gathered by local people. West Brook, which also rises from a spring close to Ashwell Street, is another similar stream, which fed the White Ponds Canal and runs on to flow northwards under Trap Road. Geoff Kirbyshire recalls gathering watercress with his mother from the stretch between White Ponds and Trap Road in the 1950s and early 60s. Both Cheyney Water and West Brook carried a greater flow of water in the past and sadly lack that vibrancy today.

This has only a tenuous connection with Steeple, but Joseph Welsh found himself in hot water at the Divorce Court on 8 June 1898, when it was evidenced that he had formed a romantic liaison with the wife of George Alfred Parker, wholesale fruit merchant at Stratford. The lady had written to Joseph “I have given you my whole heart’s love, and worship you as an idol. May God forgive me, but I am your slave. I am your faithful, true love, and even if you were to give me my deathblow, pet. I should die loving you and you only.” This upset George, when he intercepted the letter, and he sued Joseph for damages and the judge awarded him £300. 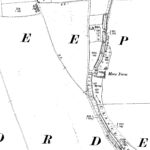 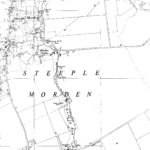 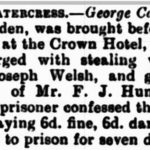 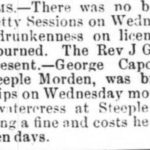 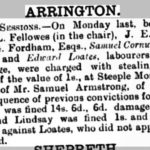 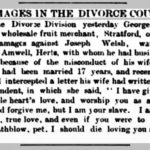 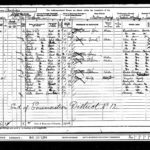