This farm was part of the Wimpole Estate, it was a significant farm in the centre of the village, but was not especially large in extent. In 1892 combined with Moco the land totalled just over 235 acres.

It was sold at the Wimpole Estate sale on 31 December 1892 and bought, along with Moco Farm and Lower Gatley Farm, by John Jarman.

The original conveyance lists the plots belonging to Church and Moco Farms in Schedule 1.

After John Jarman’s death, his trustees sold the Church & Moco Farms at auction on 12 July 1933, described as 230 acres in total, but split across ten lots for purposes of sale. This and other sales in the interim are recorded as Memoranda and a Note on the original 1892 conveyance, which is summarised here.

All those two freehold farms known as Moco Farm and Church Farm, both situate Steeple Morden and the farmhouses cottages buildings lands and hereditaments containing 235a 21p described in first schedule and delineated on plan edged in yellow now occupied by F James Hunt Secondly all that freehold farm known as The Lower Gatley End Farm with the farmhouse buildings lands and hereditaments containing 261a 7p and now in occupation of William Westrope described in second schedule and delineated on plan in pink John Jarman to have right of way to parcel 184 through parcel 186 retained by Hardwicke Trustees

Memorandum By Indenture 21 May 1921 between 1 Exors of John Jarman 2, Mary Jarman and 3 Melbourn Rural District Council a piece of land containing 1a 2r part of parcel No 188 conveyed to Melbourn RDC

Note Lots 3, 4 and 7 at sale by auction 12 July 1933 containing together 73a 2r 22p were sold to the Cambs County Council who as the largest purchasers for value are entitled to the within written indenture 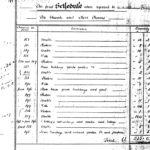 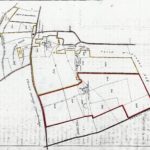 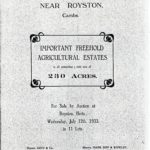 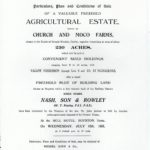 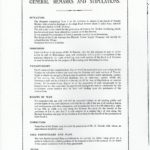 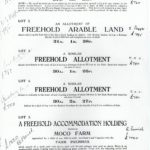 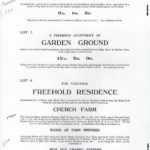 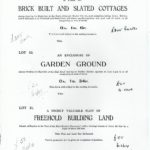 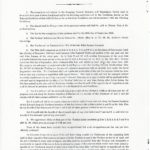 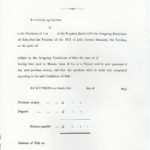 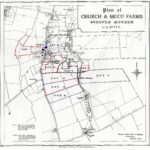