Today this is a private house 82 Hay Street, Fox Cottage.

This house was built between 1835 to 1840 on a plot of land that was anciently part of the highway and had been absorbed in 1816 into the small farmstead here. This was the new farmhouse for that farmstead and it was also a beerhouse from when it was built by Charles Charter until he sold it in 1867. It continued to be run as a beerhouse by Jesse Pearce until at least 1878 and probably up to 1895.

The beerhouse had no official name and it has been given the label No Name and Charter has been appended to distinguish it from others. The locals may have had their own name for it?

Images of the Enclosure Map 1816 and Tithe Map 1839 are included below for background information, plus a photograph, in which this house is just peeping through on the right. Plus a newspaper announcement of the 1867 sale. Fuller information, with more comprehensive explanation, is included on the Merry’s Farmstead page – link above. 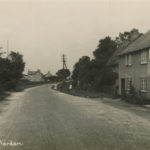 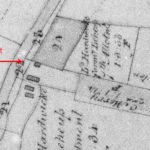 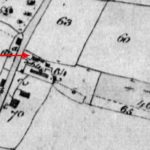 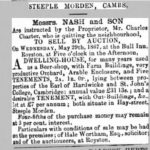