Joseph William Grayling was son of Joseph, landlord of The Green Man PH.  Joseph William decided that market gardening was to be his calling rather than pulling pins and was renting several plots totalling 8 acres in 1929, whilst still living at The Green Man.

When he married Annie Newland in 1934, they needed somewhere to live and on 8 June 1934 he had bought a generous sized plot of land in Station Road from the Cambridgeshire County Council and on part of the plot had built a comfortable detached house. Cambridgeshire County Council had acquired the land at the 1933 auction of Church Farm, where it had formed part of Lot 4 and more about the history of this land and the auction sale are on the Church Farm page.

The plot that Grayling acquired was longer than the building plots to the north, which were sold at about the same time by the Parrish family, as a result Grayling’s extended slightly further into the field, as can be seen on the aerial photograph below. Joseph and Annie lived here, with Joseph cultivating the remainder of the plot, until he died in 1951. Annie remained living there and in May 1961 was granted outline planning period for a house on the southern half of the plot. Annie died that same year.

The origin of the name Bayleys for the house is not known, although it was called that by 1945.

Bayleys was sold 23 October 1961 to Ronald Payne and Jessie A Payne. In 1969 they sold to George A Elliott and Jean E Elliott, who lived there for twenty years, until after George’s death in 1989, Jean sold the property to Michael S West and LeeAnne West, who had been living in Australia, home country of LeeAnne. On retirement in 2020 the Wests sold up to return to Australia.

Bayleys was acquired by Colm Patrick Reddington and Lorraine Frances Reddington on 9 September 2020. 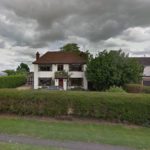 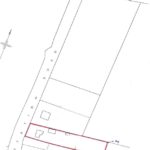 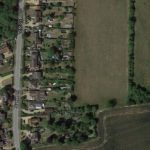