The original plot of No 41 was sold by Ernest George Chandler and Anna Mary Chandler to Cecil Edwin Webb and Ida Blanche Webb  on 21 February 1934.

On 8 March 1972 Victor Webb, son and heir of Cecil and Ida, sold part of the garden of No 41 to Berry & Game Developments Limited and they built the new modern house that became No 39a. 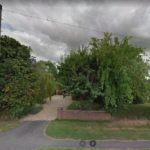 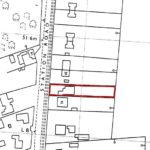