Owned by the Wimpole Estate from 1859, Walter Charter of 38 Cherryhinton Road, Cambridge acquired this plot and all four cottages at the 1911 Wimpole Estate dispersal sale. On 7 September 1921 Walter sold No 17 & No 19 adjoining  to his second cousin once removed Arthur Charter of Hampstead.

Arthur Charter then sold the house to Joan May Clare Elbourne nee Wright and wife of Arthur William Elbourne on 28 March 1950 and from that time the property has been owner-occupied. The Elbournes named the house Holmcrest (sic) after the birthplace of Joan Elbourne’s mother, Holme in Norfolk. The Wright family home in Hay Street was named Holme. Arthur and Joan married in 1942.

In December 1980 the Elbournes moved to a bungalow in Feltwell, Norfolk and sold No 17 to Jeremy Richard Douglas Harrison and Sarah Harrison, the well-known author. During the Harrison ownership the property was significantly extended, which was funded according to village chatter from the proceeds of two lively novels Hot Breath and Cold Feet, which were in a racier style than Sarah’s typical romantic best sellers.

The Harrisons sold on 31 August 2001 to Hugh Nicholas James Carlton and Alison Christina Carlton, who remained in residence in 2022. New windows were installed to the front of the house in 2014. 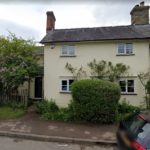 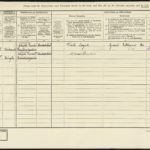 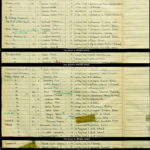 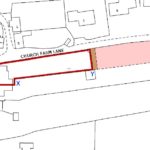 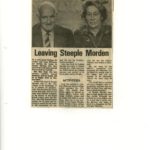