Rose Cottage lies back from Hay Street and access is via the drive between 78 and 82 Hay Street, shown in the centre above.

It was converted to a cottage or as described then a “4 room tenement” in the 1840s and was probably built originally in the late 1700s or early 1800s. The cottage remained in the same ownership as the rest of the farmstead and over the years was let to various tenants. It was known as Rose Cottage from at least 1945.

The sale did not include the freehold of the access drive or certain adjoining land, both of which remained part of the title to 82 Hay Street, which was sold separately around the same time. However, these were acquired later, after the then owner of 82 Hay Street died in 1997 and her property was acquired by the owner of Rose Cottage.  The location plan below shows the extent today of the 80 Hay Street plot, which is bounded by a red line. The area shaded pink was the original purchase in 1970 and that in white was added following acquisition of 82 Hay Street, which following renovation was sold as a separate property. For more on 82 Hay Street

In modern times Rose Cottage has been much extended. 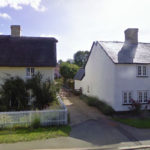 Driveway entrance for 80 Hay Street, between 78 on the right and 82 on the left. 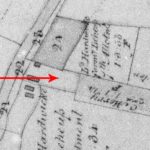 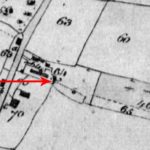 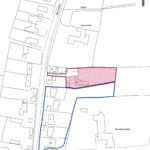