This modern house is unusual in that does not have an allocated street number and lies between Nos 21 and 21A Cheyney Street, so numbering is challenging. The barn conversion in Brook End, known as Water End Barn, is the only other non-street-numbered residence in the parish. Brambling House is set back from the typical building line, with relatively narrow access from the street.

The parcel of land this house is built on was part of a larger plot earlier owned by the Earl of Hardwicke and sold at his estate sale in 1892 to P & A H Meyer the brewers of Orwell, who bought The Bell on the opposite side of the road at the same time. The larger plot is shown outlined in red on the maps below and its earlier history is told here 15, 17 & 19 Cheyney Street. The cottages were sold off separately and the Church bought Huntley Villa at No 21, which became the Vicarage. The Brambling House plot, is the part on the right of the full, original plot outlined in red and was part of the garden of No 21. The Church sold it to developers Stoeri & Barton Ltd on 10 February 1978.

It was last sold to Frederick George Varney and Kathleen Mary Varney in March 1993. 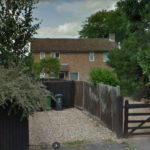 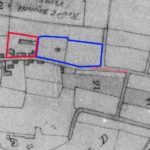 Plot outlined in red owned by Earl of Hardwicke and cottages Nos 15, 17 & 19 are on left. Other buildings appear to be agricultural. Enclosure Map 1808. 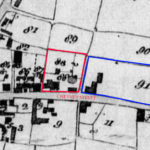 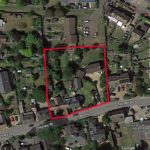