This house, set well back from Hay Street, stands on part of the land that originally went with No 99. In 1997 the owner of No 99 Aubrey Wright applied for planning permission to demolish an existing bungalow, workshop & outbuildings and erect a new detached house. Permission was granted 16 September 1997.

Subsequently, ownership of this part of the land passed on 23 June 1998 to Aubrey’s son Stephen James, who proceeded to build the house, which stands today. Stephen James and his wife Amanda Florence Wright remain resident in 2022.

The history of 99 Hay Street 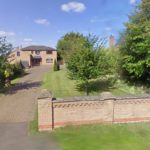 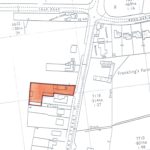