Thomas Whitehouse was born 1848 at Harlton, Cambridgeshire, son of Charles, a farmer and Jane nee Pratt and was baptised in the parish church 12 August 1848. Thomas was at a boarding school at Eaton Socon, Bedfordshire in 1861.

When he married Catherine Rayner at Harlton on 22 September 1870 he gave his occupation as farmer. The following year, the couple were living in Canada at Trafalgar, Halton, Ontario, but returned to England by 1875, when Thomas joined Cambridgeshire County Police. In 1881 they were living at 25 Castle Street, Cambridge and Thomas gave his occupation as police constable. He must have achieved rapid promotion as by 1888 he is Superintendent of County Police and in 1891 they are living at 72 Castle Street, which may have been superior to their previous residence No 25?

Early in 1895 Catherine died and by 1901 Thomas was living in Newmarket with his niece Alice Whitechurch age 35 and a young general servant. He was still Superintendent of Police and his responsibilities now covered north Cambridgeshire and included policing Newmarket Race Course.

Towards the end of his career Thomas was appointed Deputy Chief Constable, until he retired on 31 July 1906 after 31 years’ service. From reports at the time, he appears to have been a popular and respected officer.

On 19 October 1909 Thomas married Eleanor Lilly of Royston, who was twenty-one years his junior. He described his occupation as gentleman. They set up home at The Cottage at Fordham in the north of Cambridgeshire and were there at the time of the 1911 Census and for the 1915 Electoral Roll. At this time Thomas also owned a freehold house in Oxford Road, Chesterton.

By 1918 and likely earlier they moved to Steeple Morden and lived at Orchard Cottage in Hay Street. It is conjecture, but perhaps Eleanor wanted to be nearer to her family, as no particular prior connection with Steeple Morden has been identified.

Eleanor died 25 September 1918 at Orchard Cottage. She had made her will 25 October 1909, just six days after their marriage. Perhaps they were on honeymoon in Brighton, as both witnesses lived there? Copy of her probate is below.

The following year Thomas sold up at Orchard Cottage. The auction held 25 September 1919 was headed Stock in Trade and Plant of a Poultry Farmer and included 50 Rhode Island Red pullets and 12 sectional poultry houses and duck house. An extensive and varied quantity of household furniture and effects were also sold, including an “excellent cottage pianoforte in mahogany case”. Copy of notice of auction is below. As his stock were pullets, this may have been a relatively new venture, unless they replaced previous older stock?

It appears Thomas moved to Royston, where he died 4 August 1925, described as of Albion Place, Kneesworth and copy of his probate is below. Albion Place appears to be the name of the house, where the Lilly family lived. 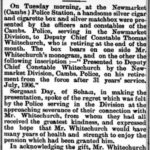 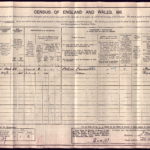 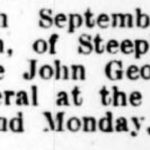 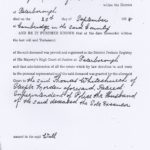 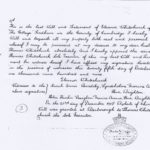 Eleanor Whitechurch Will Made 1909 Probate 1918 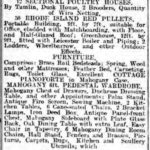 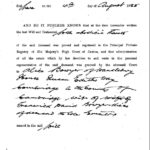 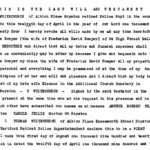 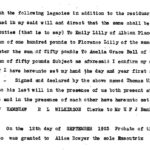