An initial investigation might suggest that Orchard Cottage was perhaps anciently a small farmstead, with dwelling and buildings on the central plot of three contiguous closes of land, which remained largely unchanged until modern times

However, another scenario suggests itself. The southernmost close of land was known as Tottles Close, with numerous variations on that name and spelling over the years. It appears to have been named after the Total family, who were in the parish in 1576. When the Earl of Hardwicke bought the Steeple Morden estate in 1755 it was described as “three half acres” of arable land called Tattoos lying in the Croft. At 1.5 acres Tottles/Tattoos would have embraced the middle plot as well as the southernmost one. If the descriptor arable applied to the whole 1.5 acres, then perhaps there was no dwelling or farmstead at that point?

At time of Enclosure in 1808 there were buildings shown on the Enclosure Map (Map is dated 1817). In the Tithe Apportionment in 1839 the three plots totalled 2a 1r 19p in area, although 1r 17p had been added at time of Enclosure, being taken from the highway. Buildings are shown the central plot, which is No 72 on the Tithe Map and this is fundamentally the plot that 58 Hay Street sits on today, although some back land was detached in 2013/14 and a modern barn type dwelling built on this back land.

Over the years, beginning around 1900, the three closes have gradually become six plots of land, with six dwellings. Clearly, the humans of the present have pushed out any livestock of the past. 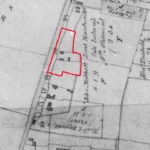 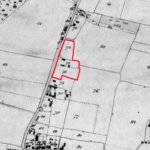 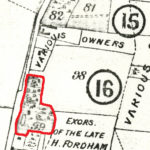 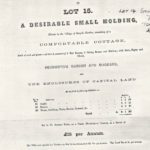 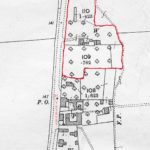 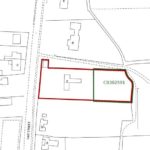