Sidney Dawson, born 28 April 1895 in the village of Edith Weston, Rutland, was proud of his Rutland origins. He was one of thirteen children born to Herbert and Annie Jane nee Hickman. Herbert was born at Essendine, Rutland and Annie Jane at Wymondham, Leicestershire. They married at Oakham in 1890. Herbert was a wheelwright by trade and appears to have moved around, albeit in a small area of Rutland, as children were born at Luffenham, Edith Weston, Easton (just in Northamptonshire) and Ketton.

In 1911, son Sidney age 15 was an apprentice baker. He married May Downing, born 31 December 1897, at Stamford, Lincolnshire on 30 April 1921. Cyril, their only child was born 16 February 1922. In the 1939 Register the family was living at Harrow and Sidney now gave his occupation as petroleum inspector (travelling) and Cyril was a pharmacy apprentice.

In late 1959 or early 1960 Sidney bought 21 Hay Street from Victor South. May and Sidney moved in and the house was named Rutland House, the name it still bears today. Why they moved to Steeple Morden is not known. Sidney, presumably retired, helped out at Pete Prothero’s garage in Hay Street, almost opposite. He is said to have installed the first petrol pumps at the garage.

May died in 1961 and was cremated at Cambridge. Sidney died 2 June 1966 at 2 Cherry Garden Lane, Folkestone, the home of his son Cyril, who was executor of his will and described as manufacturing chemist. Sidney left £4918. He had made his will in 1965 and was described as “of Rutland House”. He left £300 to Dora Hayter of The Garage, Steeple Morden and £250 each to his grandchildren Peter John Dawson and Penelope Ann Dawson, children of his son Cyril and wife Beryl Mary. Cyril had married Beryl Mary Skudder at Hendon in 1946.  The residue was left to Cyril.

In 1969 the Dawson family sold 21 Hay Street to David Crow. bringing their connection with the parish to a close. 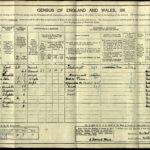 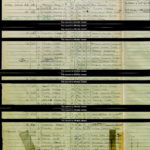 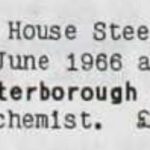 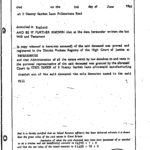 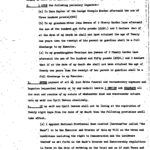 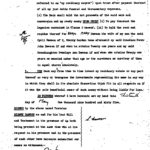