The Representation of the People Act 1918, extended the vote to all men over 21, resulting in many serving in the armed forces becoming qualified to vote. With a General Election, called directly after the Armistice, and voting due to take place on Saturday 14 December 1918, Absent Voter Lists were prepared of those electors living away from their usual address and the War Office facilitated casting of their votes. The vote count was delayed until 28 December to allow ballots cast by those serving overseas in the Armed Forces to be included in the tallies.

Absent Voter Lists are valuable as they give the usual residence of each person, as well as their service details – unit and personal service number, which assists in tracing their military history.

There is a title page and two pages of this Absent Voters list for 1918. 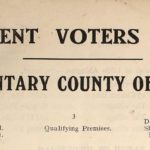 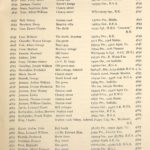 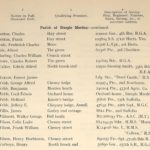