Notable for the mention of Boggs Pightle, the small area of pasture land home today to the Scouts & Guides and of the erection of a messuage [cottage] at Brook End. The site where the cottage was built is known, although the cottage itself is no more. Find more about this cottage

Received 28 February 1761 of Wm Marshall Esq. & Mrs Akehurst (by the hands of Mr James Day) Twenty Pounds, One Shilling & Eight Pence, in full of the above Quitrent, £20 1s 8d 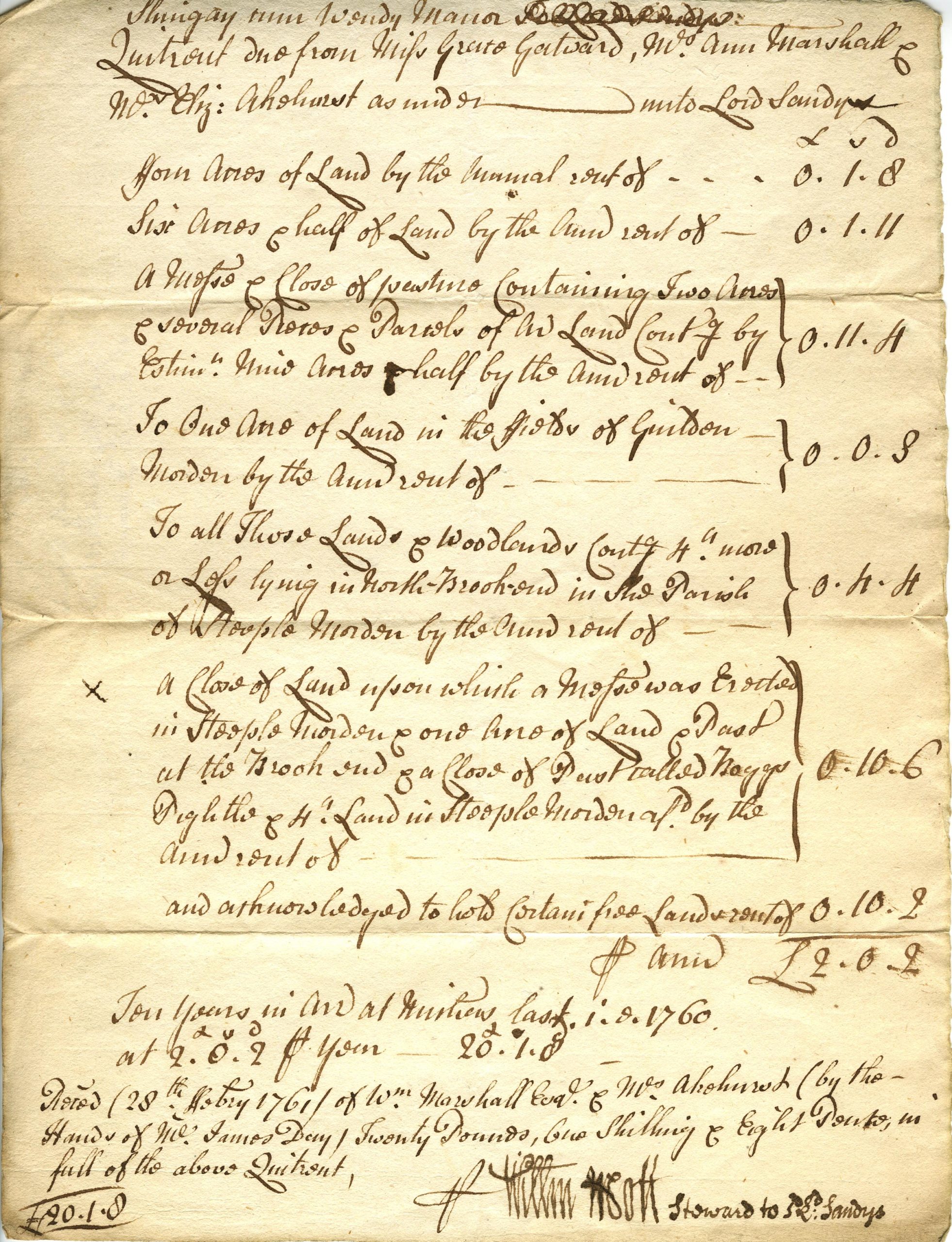 Quit rent is a payment imposed on occupants of freehold or leased land in substitution for performing services for a higher landowning authority, in feudal times a Lord and ultimately the Sovereign.

Under feudal law, the payment of quit rent  freed the tenant of a holding from the obligation to perform services, such as ploughing and other agricultural activity. Or it freed the occupier of the land from the burden of having others exercising rights that would affect the land. For example, by hunting across it, to the detriment of farming.

You were “quit” of carrying out the feudal services, having paid money in lieu.