Amazon drivers would not have stood a chance. We take for granted that each house has a number with street name to identify it. Following convention, numbers start at the end of the street closest to the centre of the village, with the numbers increasing as one goes away from the centre and standing facing the start of the street the properties on the right have even numbers and those on the left odd numbers. In the village itself there are streets and outside the village are roads. As with all rules there are exceptions and of course there are also lanes, ways, ends and the modern views and closes.

However, in Steeple Morden prior to 1969, house names were used for identification and there was no comprehensive numbering system. For example, when the six semi-detached houses in Station Road, just after Ashwell Road, were built in 1962-3 they were named Tolcarne, Holmlea, Martinsell, Rozel, Delamere and Longlands, although today perhaps better known as Nos 34, 36, 38, 40, 42 & 44 Station Road? Whilst Delamere, Station Road identifies the property it gives no clue as to its location in Station Road.

Some numbers had crept in, although they were usually not street numbers, but applied to houses in a terrace or group of houses, such as The New Housen and the Council Houses in Station Road built in 1921-2. The houses in Cheyney Close built in 1963 were numbered consecutively from the start.

In 1968 the South Cambridgeshire Rural District Council proposed that all houses should be numbered, within each street or road, with a view to assisting emergency services, utilities, Royal Mail, delivery people (not yet Amazon) and visitors. Within the parish, views were mixed and the Parish Council voted against the proposal, although that required the Chairman’s casting vote. 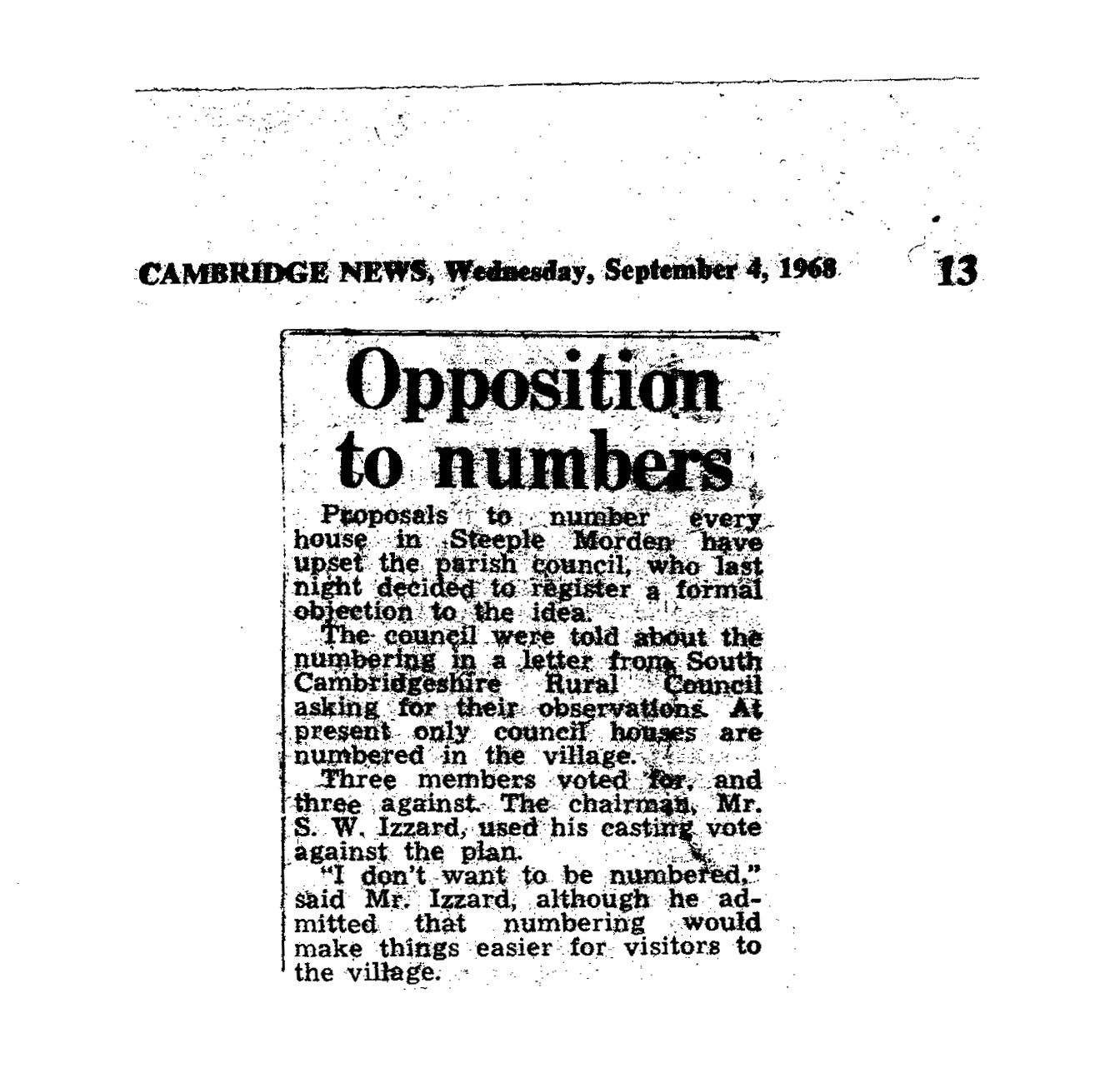 Nevertheless, South Cambs pressed ahead and in 1969 numbers were applied to all properties in the parish and empty plots were allocated numbers to allow for future building. Allocation of numbers to empty plots was not part of the planning process, simply anticipation of what might come. In some locations, they have proved unnecessary, although in others there are too few, hence the need since for 39a and 41a Station Road, for example.

Anciently, if properties needed to be identified wordy descriptions were used taking in features that would be well known to local people or drawn on maps. Names eventually became the norm for many fields and farms, although houses usually did not have names. If they did, it was usually derived from their location, such as Wet Bottom or from their owner/occupier – Duckett’s.

For centuries the details of owner and/or occupier at a given date(s) were used to identify a property. It was identification by association, rather than anything intrinsic to the property. Whilst for a delivery address William South, Steeple Morden was sufficient. If you could not find him anybody passing could give you directions.

By the 20th Century house names had become standard, although some were unhelpfully vague as with The Bungalow, Station Road and numerous The Cottage.

Schedules of Numbers, including the original house Names

Below are copies of the original 1969 numbering schedule, which includes all the original house names. Then an amended version with annotations made in 1980. Finally, the schedule to re-number Hay Street again in 1977; a move which was not popular with residents, who had adapted to a different set of new-fangled numbers only eight years before.

Schedules of Numbers and Names 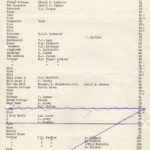 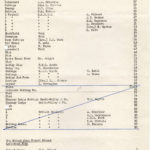 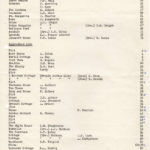 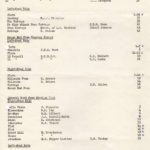 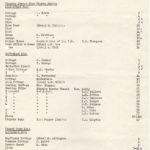 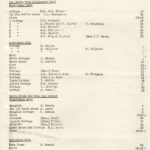 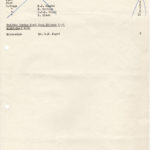 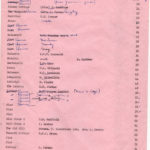 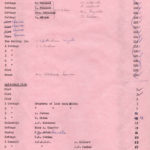 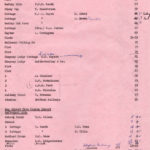 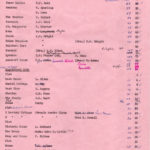 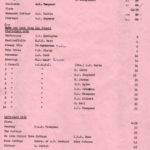 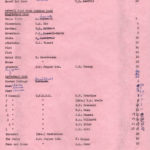 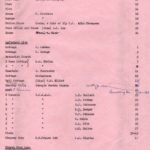 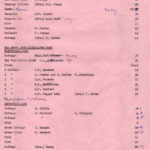 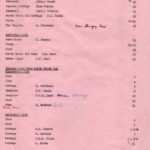 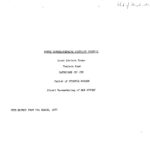 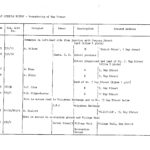 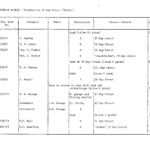 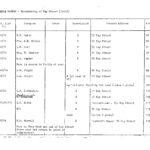 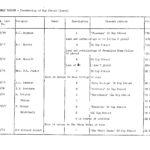 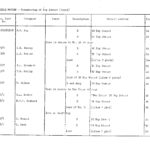 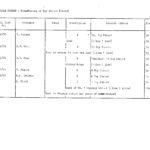