A Post Office in the modern sense of a multi-service facility could not have been imagined in the 1800s. The original purpose was to receive and deliver the letter post and the holder of this key position was known as the letter receiver. Illustrated above is the property, now 42 Hay Street opposite the Recreation Ground, which in 1851 was the first to be noted as home to the letter receiver and progressed to the description Post Office in 1853, although it was not until 1873 that the term Sub-Post Office was used. The photograph is 1904 RH Clark postcard.

This property and neighbouring Victoria House, 38 Hay Street were both built in 1842 for Thomas Strickland on parts of the frontage land centred on the farmstead at Two Trees, 40 Hay Street. Strickland came from a family of farmers and was living at Two Trees, apparently as tenant, when the Census was taken on 6 June 1841 and his occupation was grocer. He bought Two Trees with associated land at auction on 29 June 1841 and commenced building two fine houses fronting Hay Street, leaving Two Trees somewhat secluded behind.

Once these houses were completed, Thomas moved into Victoria House with his grocery business, although by 1851 he appears to have retired, though still living at Victoria House. He let the other new property in 1842, to James and Jane Flitton, who started a linen and woollen drapery shop. Things did not go well and the business failed in 1845 and on 2 June 1845 the stock, comprising 500 lots, was sold at auction on the premises by Cockett & Nash of Royston. It is not recorded if the Flittons acted as letter receiver, during their time at No 42.

The tenant, who succeeded the Flittons in 1845 was George Barker, who traded as a grocer and draper and he is recorded as letter receiver in the 1851 Trade Directory, although it is possible he had been fulfilling that role a little earlier? George would have offered stability as letter receiver for over ten years, but then in the period 1853 and September 1854, he upped and left for Shefford, Bedfordshire.

His successor, Thomas Swan, arrived from Orwell as progenitor of a family of Steeple Morden grocers, drapers and letter receivers. He was resident by 21 September 1854 and in 1873 was the first person to be formally recorded as sub-postmaster. The Swan dynasty continued until 1946, when for some reason they gave up the post office and in 1948 sold the shop. For those two years 1946-48 Steeple Morden was without a Post Office and a man came from the Head Post Office in Cambridge once a week to pay the old age pensions at the Reading Room on the Recreation Ground. What happened to the post is not recorded! 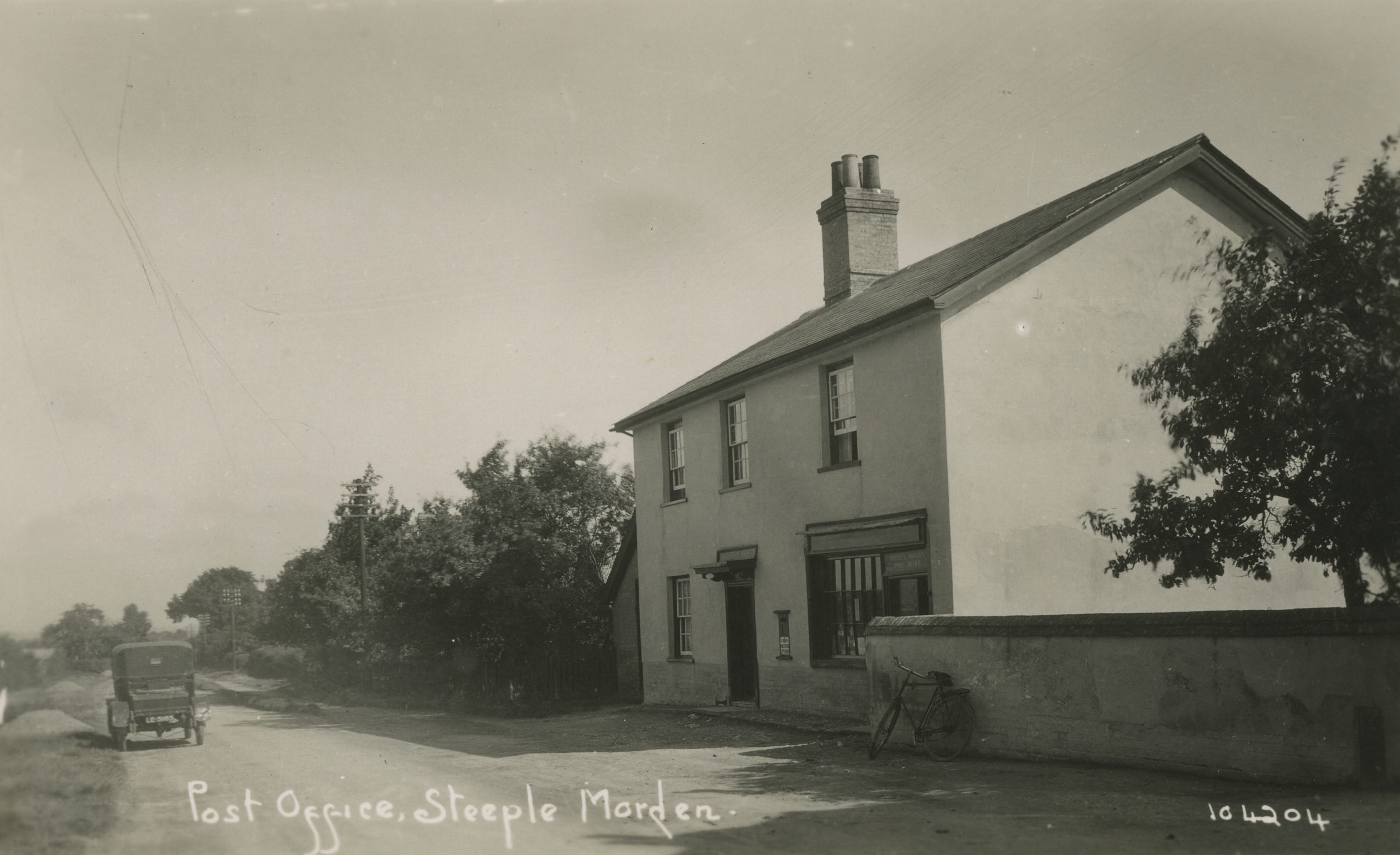 Hay Street Post Office in 1930. The vehicle has registration LE 5165, which is a London North West registration. 1930 Bells postcard

The second post office was at 22 Cheyney Street and the property is known today as the Old Post Office. Originally built around 1780 as one cottage, it became two tenements around 1850 and subsequently during the 1850s was extended and doubled in size to make four tenements. In 1861 there were four families living in this property. About 1847 the neighbouring No 24 Hill House was built. The cottage reverted to a single dwelling when it was acquired by Eleanor Jane Lee in January 1948, bought from the Lewis Jarman, who lived next door. She turned it into the new Post Office and served as sub-postmistress until her death in 1954, when she was succeeded by her daughter Annie Clarice Lee, known as Clarice, who retired after 29 years service in 1983. 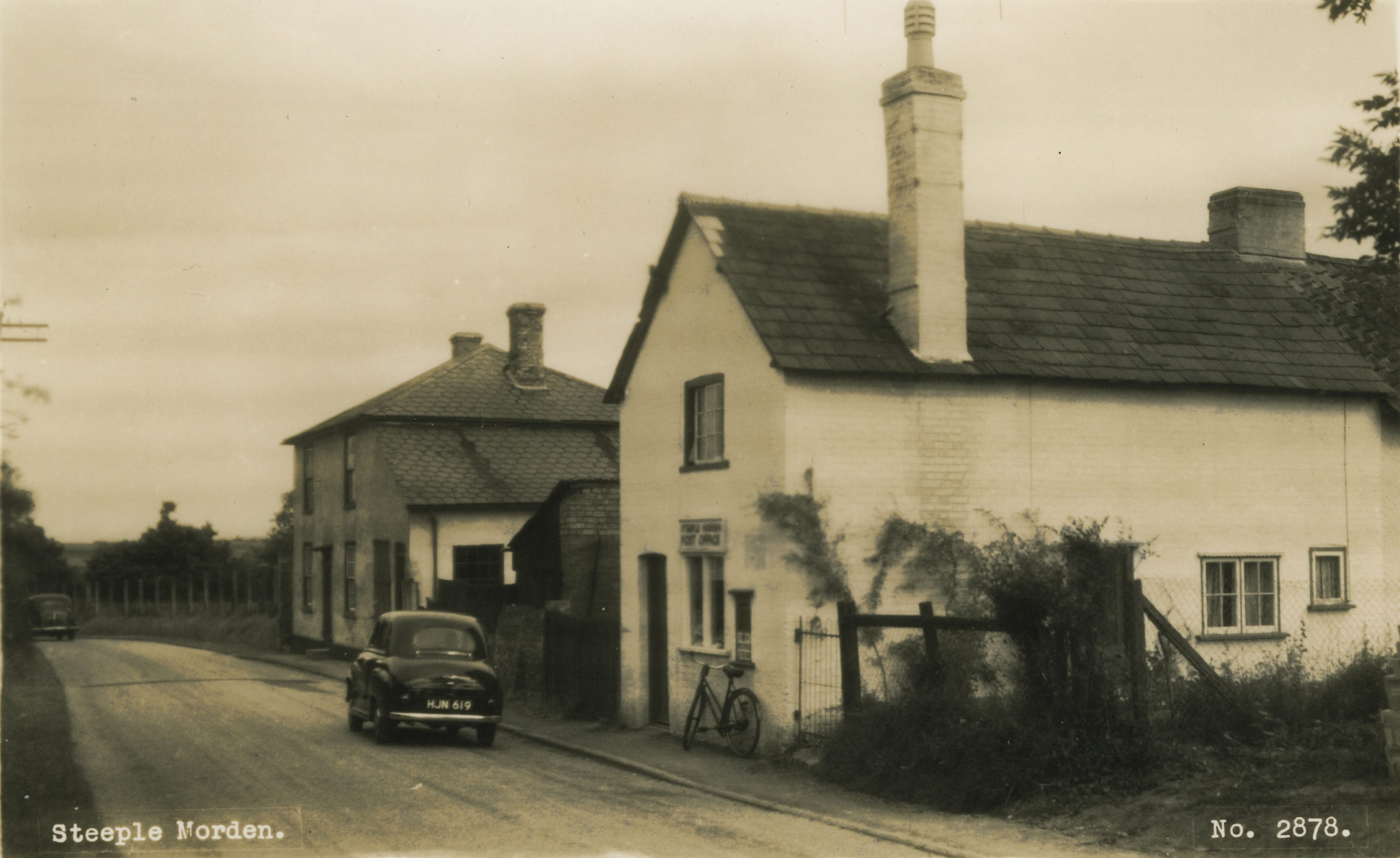 Post Office at 22 Cheyney Street in 1955 in the days of Clarice Lee as Sub-Postmistress. 1955 Bells Postcard

With Clarice Lee’s retirement, Alan & Joyce Hutley acquired the property and associated business in 1983 and Joyce took on the role of sub-postmistress. Eventually, with Joyce’s retirement in 1986 the post office moved again, just down the road and the property was sold as a private residence to Stephen G and Janet L  Wilde. The Hutleys moved to Craft Way. 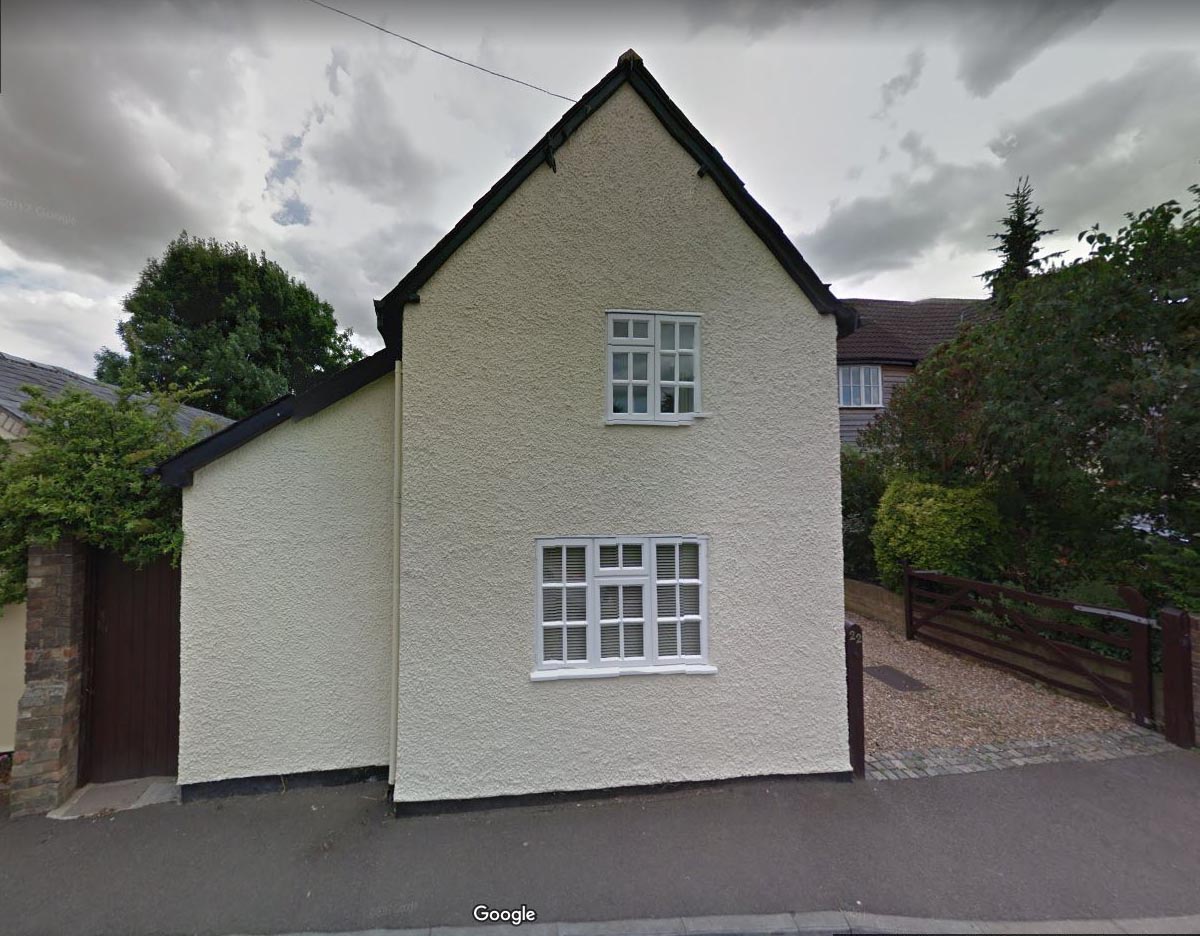 22 Cheyney Street in July 2016. All signs of the entrance to the Post Office have gone. The door/gate to the left was used by Clarice Lee with her horse.

Thus it was in November 1986 the post office arrived at Prothero’s Garage, 18 Cheyney Street, firstly housed in the old shop on the end of the house, until moving a few yards to a purpose-built shop on the side of the garage in June 2000. Patricia (Tricia) Covington nee Prothero has been Sub-Postmistress since 17 November 1986 and in recent years assisted by Carol Kirbyshire.

In June 2022 Tricia Covington announced her intention to retire and the Post Office will close on 31st January 2023. Tricia will have served for over 37 years as Sub-Postmistress – the longest period of anybody running the Post Office. 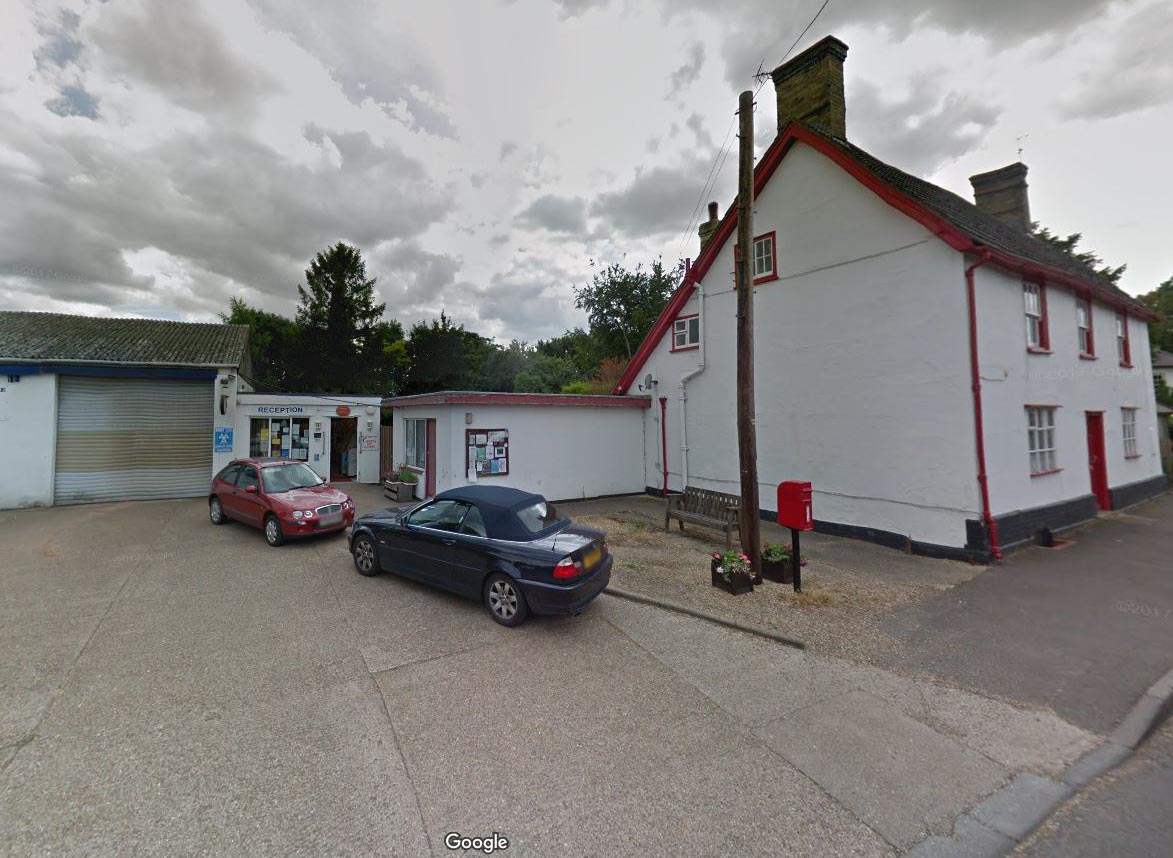 18 Cheyney Street in July 2016. The Post Office is in the centre with the red Post Office roundel above the door.