These semi-detached brick built houses were built around 1900. They cannot be identified in the 1891 census, but would appear to be present in the 1901 census. Erected for Elizabeth Flitton, the owner of High Farm on the road frontage of one of the main fields, they became known as High Farm Cottages, which was confusing as they lay close to the original High Farm Cottages, today 68 Station Road. All were used to house those who laboured on the farm. After Hertfordshire County Council bought High Farm in 1909, they let it as small-holdings to five or seven tenants at a time, some of whom were housed in the Cottages.

Around 1965 John Wesley Jarman junior moved into 74 Station Road as one of the smallholders. Over time other tenants retired and John Jarman took on more of the land, until by 1994, following the retirement of Roland Hitch in 1993 and death of Frank Huffer in 1992, he was the sole tenant. He continued living at No 74 and the small farm yard was extended. The main High Farm house was sold by the Hertfordshire County Council in 1995 and the new owners were obliged to change the name. It became Flittons Farm after Thomas Flitton, who had it built in 1836. The name High Farm was transferred in 1995 to 74 Station Road.

IN PREPARATION – MORE TO COME! 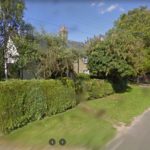 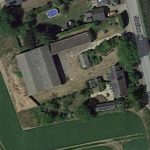