48 Station Road was the southern part of the plot of land sold by Mabbott to Christmas in 1841 and subsequently, prior to 1927 was acquired by the Jarman family.  They split the plot into two. Find the history of the land south of Ashwell Road here.

A bungalow was built on the southern part and became 48 Station Road. It was known as The Laurels and is shown in the photograph taken in 2011. Reginald William Jarman sold land on the south for access and at the rear on the west for the construction of 50 Station Road, Albany House. The purchasers were Alexander Francis Dobson and Helen Irene Dobson.

By descent, ownership of the bungalow and its remaining land past to Joyce Hitch, who moved here from High Farm following the death in 1998 of her husband Roland Hitch. In her later years Joyce Hitch lived in a nursing home and her family sold No 48 to developers Moatside Properties Ltd in 2015. The developers having applied for planning permission to demolish the bungalow and build two detached house in its place.

No 48 was sold as a new build by Moatside Properties to Maurice Raymond Dorrington and Hannelore Elisabeth Humphrey on 29 September 2017.

No 48a was sold as a new build by Moatside Properties to Angela Louise Hutton on 24 February 2017. 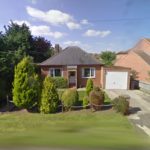 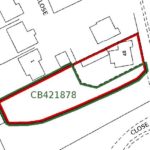 48 and 48a Station Road Location Map. Original plot is red and 48a is green 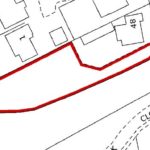