This house was built about 1850 as a double tenement to house labourers working at High Farm. Built on land belonging to High Farm, it was owned as part of the farm until 1 May 1967, when Hertfordshire County Council sold the property, apparently still in two parts, with newly defined garden lands,  to David Brown (northern half) and Bertie Frederick John Brown (southern half). It appears to have been Bertie Brown, who turned the two dwellings into one, naming it Wunantu, which is a Chinese word. What inspired him is not known.

It is possible that the dwellings had been merged into one at an earlier date, as only one resident appears to be recorded in 1965-1966.

The current owners bought the property on 13 October 2003. 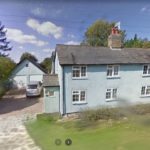 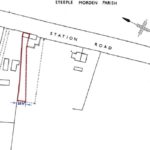