46 Station Road was the northern part of the plot of land sold by Mabbott to Christmas in 1841 and subsequently, prior to 1927 was acquired by the Jarman family.  They split the plot into two. Find the history of the land south of Ashwell Road here.

A bungalow was built on the northern part and became 46 Station Road. It was known as Ashleigh. In the 1939 Register William Arthur Jarman and Minnie Ruth Jarman nee Pepper were living there. In 1927 Minnie had been recorded as owner of the entire plot of land. William died in 1951 and Minnie in 1959. Stanley Clarke married Jennifer Webb at Steeple Church in 1960 and they took up residence at 46 Station Road.

In 1998? the Clarkes sold the property to Amber Homes (St Ives) Ltd to allow access through to a parcel of land at the rear of Station Road houses and the construction of houses in the new Plough Close. The Clarkes acquired No 1 Plough Close as part of the transaction.

A new house was built on part of the land facing Station Road and this became the new No 46. It was sold as a new build by Amber Homes to Simon Paul Steele on 14 January 2000. 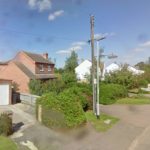 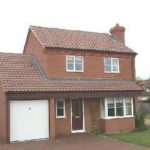 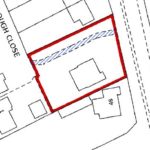