This is truly some corner of a local field that is forever England, although much changed in the last fifty years!

Ringdale Cottage No 6 on the left and The Coach House No 4 on the right. 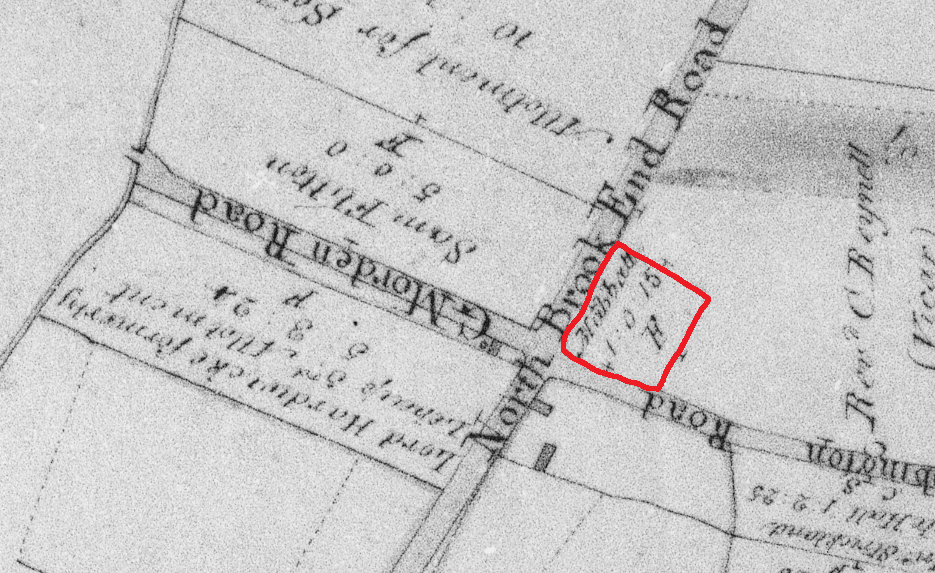 In the Enclosure Award, John Mabbott was awarded three allotments in lieu of freehold open field lands and rights of commons. One of these allotments was 1a 0r 15p freehold (bounded in red) in Between Towns Field. Adjoining on the north and east an allotment to Vicar of Steeple Morden, south Abington Road and west North Brook End Road. John Mabbott lived at Two Trees in Hay Street

In the Tithe Apportionment William Elbourn is recorded as owner and occupier of Plot 290 (bounded in red) in Tween Towns 1a 0r 15p of arable land, however, he did not buy it until June 1841. There appears to be no boundary hedge or fence dividing this plot from the adjoining Glebe Land, which was tenanted by William, who was tenant of other land in the village.

A Field of Potatoes

The one acre plot was bought in June 1841 by William Elbourn at the auction of the properties of John Mabbott, who had died in 1825, but left a life interest to a nephew and it was after the nephew’s death that Mabbott’s Executor sold the properties. A copy of the sale particulars is below and a transcript also.

The plot was sold again in 1851 and the vendor is recorded as Samuel Elbourn and the purchaser apparently another Elbourn, although that is still research in progress. However, the 1851 the sale particulars described the fine crop of potatoes growing there. The new Elbourn purchaser bought both the land and the growing crop. A copy of the Sale Particulars is below.

It was probably after the 1851 Sale that the Cottage (later to be named Ringdale Cottage) was built and was the first dwelling on this site. The extent of the land remained resolutely at 1a 0r 15r from Enclosure onwards and was described as arable certainly up to 1851, with no mention of a dwelling or any buildings.  By the early 1900s the plot was known as Orchards.

At some point the land was purchased by Ernest Oswald Fordham of Odsey House and in 1911 he commissioned Richard Barry Parker to design a house in the Arts & Crafts style for erection on this plot. Barry Parker was the architect, who in partnership with his kinsman Raymond Unwin, was chosen in 1904 to oversee the development of the new Letchworth Garden City. The partnership opened an office in Baldock and subsequently Barry Parker lived in Letchworth, which is where he died in 1947. In 1911 he would have been the equivalent of a celebrity architect and the Fordhams were never averse to employing the best talent. Today the property is not listed, although it receives mention in the Cambridgeshire volume of The Buildings of England by Pevsner “Ringdale House By Parker & Unwin 1911-1913. Informal, white-rendered.”

Ernest and his wife the Honourable Emily Mary moved to their new house on completion in 1913, when the whole plot was still known as Orchards. By 1915 they had renamed it Ringdale and the Cottage became Ringdale Cottage. Ringdale remains the name today, although what inspired that name has not been discovered. By 30 July 1914 the gardens were sufficient to host a garden party for 300 supporters of the Liberal Social Council and little note appears to have been taken of the War, which had begun just two days before.

Mary, as she preferred to be known, became an enthusiastic dog breeder of Cairn and Scottish terriers and her Ringdale Kennels were well known. The First World War rather put a dampener on things, but she speedily rebuilt the business after the war. There were regular advertisements seeking help at the kennels and dogs for sale Mary died in 1950 and interestingly it was on the instructions of her Executors that the contents of Ringdale and garden buildings and equipment were sold. There were 18 sectional wooden buildings, which gives an idea of the scale of her kennels. Ernest moved back to Odsey House, where he died the following year. The house was one of the first to have a telephone installed in the early 1920s and the number was Steeple Morden 3

Ringdale was bought in 1950 by local man made good, Ernest (Ernie) Pepper and wife Millie. They lived here until 1961, when they moved to Cheyney Bury.

These are first attempts to tabulate owners and occupiers of the various dwellings. If you can correct or add to these listings please let us know.

Development of the site

P Gulliver applied for planning permission in May 1962 to convert the Coach House to a dwelling house, with extension to form bathroom. Permission was granted July 1962

The Hamers family retained ownership of the back land, behind the Cottage and Coach House, shown on the location plan below and known as Gateway, 2a North Brook End. In 2020 the owner is Catriona Margaret Dauncey the elder daughter of Michiel Hamers, who lives in London and has applied for planning permission for a dwelling on this land.

Having applied unsuccessfully for planning permission in 1981 to erect two dwellings and then in 1984 for one dwelling, the Tojeiro family retained ownership of the block of land on the corner of North Brook End and Bogs Gap and this was the subject of a further planning application in 2018, which was approved and resulted in the erection of 2a North Brook End and 1 Bogs Gap.

Auction Sale on behalf of the Trustees of John Mabbott (died 1825)
Held by Cockett and Nash of Royston on 29 June 1841 at The Bell Public House, Steeple Morden

Lots 1 and 2 are Two Trees in Hay Street and what was then adjoining land, Lot 3 is the plot of land on the corner of North Brook End and Bogs Gap, which today accommodates Ringdale and four other houses, Lots 4 to 8 are a block of land running the entire south-side of Ashwell Road, adjoining Station Road on the east, sub-divided for purposes of sale.

Names of Purchasers and prices paid are manuscript notations on the Particulars (this is the auctioneer’s sale copy.

Mr Titchmarsh appears to have been buying as agent for William Elbourn.

Lot 3  A Plot of Arable Land

Between Towns, containing 1a 0r 15p

Sold to Titchmarsh for £100

Click here for a Full Transcript of the Sale Particulars 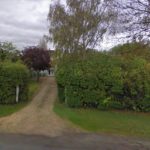 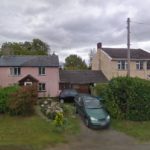 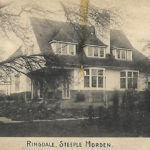 Ringdale View of Rear of House 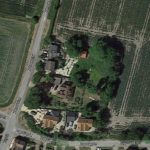 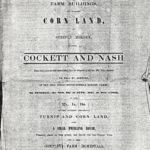 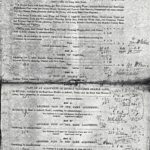 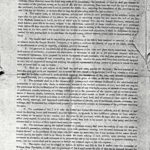 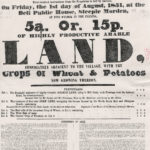 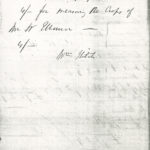 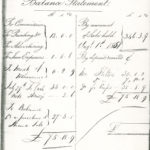 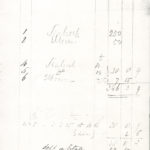 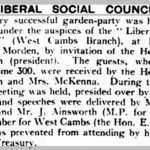 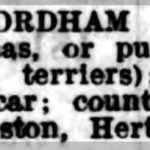 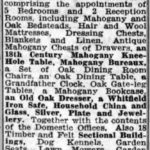 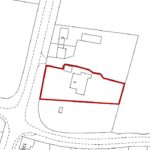 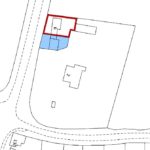 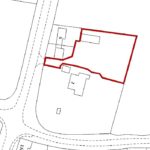