Both properties are on the aerial view above. No 24 is at the bottom left and No 26 in the bottom middle. Neither is especially visible from the road, hence the aerial view. Street views, for what they are worth, are included below.

In times past, this long thatched cottage was known as Wet Bottom and the close of land between it and Litlington Road was Wet Close. The low lying proximity to Cheyney Water is sufficient explanation for the names. On early maps it appears as a narrow rectangular piece of land, with a cottage at one end and it would appear to have originally been a strip of land in the open field, which somebody had the temerity to enclose and build a cottage there. It appears to stand marooned from the Litlington Road, however, it was actually alongside a roadway or track that ran from Litlington Road, past its front door and onwards down to various enclosures and fields and Moco Farm. Despite the ready access to Cheyney Water the cottage had its own well, presumably not that deep.

The cottage and its land were acquired by Nancy Pain of East Hatley on 30 October 1812. Nancy was born in Steeple Morden in 1774 and was the youngest daughter of Nathan Pain, a carpenter, who lived at The Cross, Steeple Morden in the house that was later known as The Priory, opposite the Church. Nancy never married and died in 1840, leaving a will, appointing as Executor Edward Hall her brother-in-law married to her sister Mary. Edward sold the cottage, with its land, plus the 4a 3r 3p of arable adjoining that had been allotted to Nancy at Enclosure, to William Pain, who was Nancy’s nephew and lived in the same house at The Cross as his grandfather Nathan had previously.

When he died in 1884, William Pain left the cottage and adjoining land to his niece Mary Ann Warboys. She was the illegitimate daughter of his sister Ann and had married Thomas Warboys of Litlington in 1860. In turn, Mary Ann left the property to her son W E Warboys, who sold the cottage and land in 1895 to Ellis Wilkerson, who was owner of Cheyney Water Farm and owned all the land adjoining Cheyney Willows.

In 1909 Cheyney Water Farm was put up for sale at auction and bought by Cambridgeshire County Council, which thus became the owner of Cheyney Willows cottage and the land adjoining, both north and south. At some point the Council sold the cottage, but retained some of the garden land at the east end. Referring to the location plan below: Nancy Quentery Cogan acquired the yellow coloured land from Cambridgeshire County Council 28 December 1972, to provide access to her new bungalow – No 26. The pink land was bought from the same vendors by Kenneth John Winter and Irene Martha Winter on 9 February 1981 and the blue land was bought from the Council by the Winters 24 May 1982. Subsequently, in January 1983 the Winters bought from the Council a sliver of land on the opposite bank of Cheyney Water running southwards.

This bungalow was built in 1972/3 for Nancy Cogan the owner of Cheyney Willows and sited in its garden. Her mother Emily Farmer, who had lived with her died in 1973 and it would appear that Nancy required a more manageable modern home. In 1978 Nancy sold No 26 having married and moved to Madingley.

Initially, access to the bungalow was via the drive of  Cheyney Willows, but on 24 May 1982 William Edward Morley and Vivyan Mollie Morley bought from the Cambridgeshire County Council the block of land (formerly part of Tithe plot no 124) running up to Litlington Road and a new access was made to No 26. In 2005/2006 the bungalow was modernised and extended. Externally it was re-modelled to resemble a converted agricultural building. A re-imagined barn conversion?

Land Between Nos 26 and 34 Litlington Road

To complete the story of the remainder of the block of land, which features on the Enclosure and Tithe Maps, the close of land Tithe No 126  south of Nos 24 and 26 was acquired by the Jarman family from the Cambridgeshire County Council. The same family bought the two plots between Nos 26 and 34 from the Council on 24 May 1982 and today they are owned by Graham John Jarman. On the OS 25″ Map below the two plots are outlined in orange. 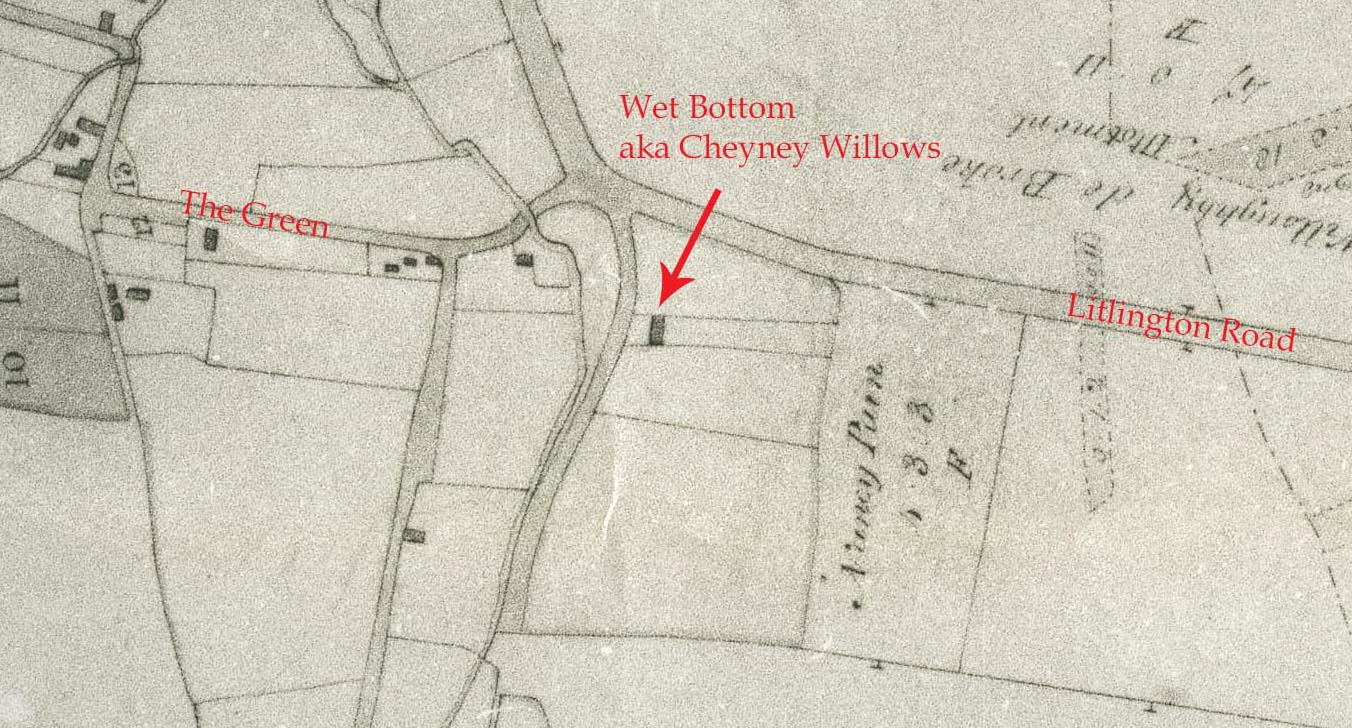 At Enclosure, an allotment of 4a 3r 3p of arable land, in Middle Field was granted to Nancy Pain in lieu of freehold rights of common. It was to the east and at right angles to the cottage and land, which she already owned. All the adjoining enclosures and allotments were part of the Cheyney Estate. 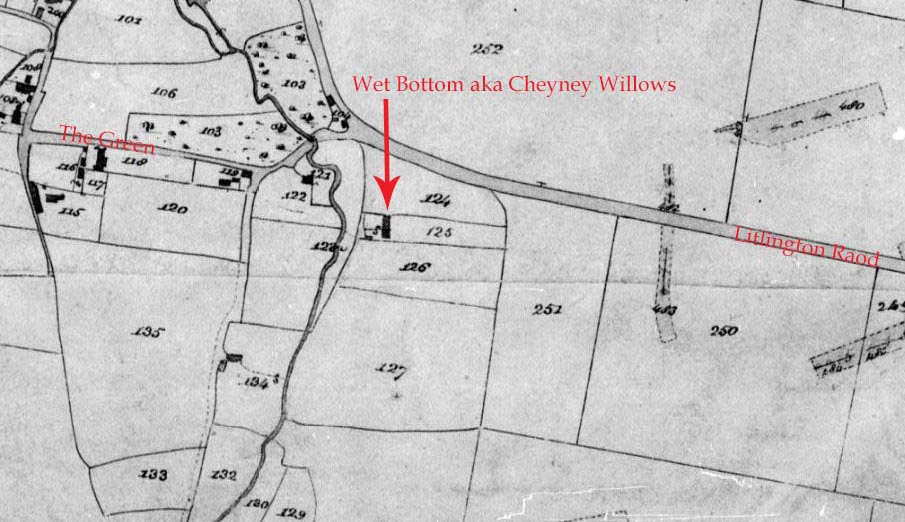 Plot 125 is the cottage and William Pain (nephew of Nancy) is recorded as owner, as he is for Plot 251. For plots 124, 126 and 250 the owner was Joshua Lilley and formed part of his Cheyney Water Farm, Cheyney Manor Estate. Plot 127 was owned by the Earl of Hardwicke. 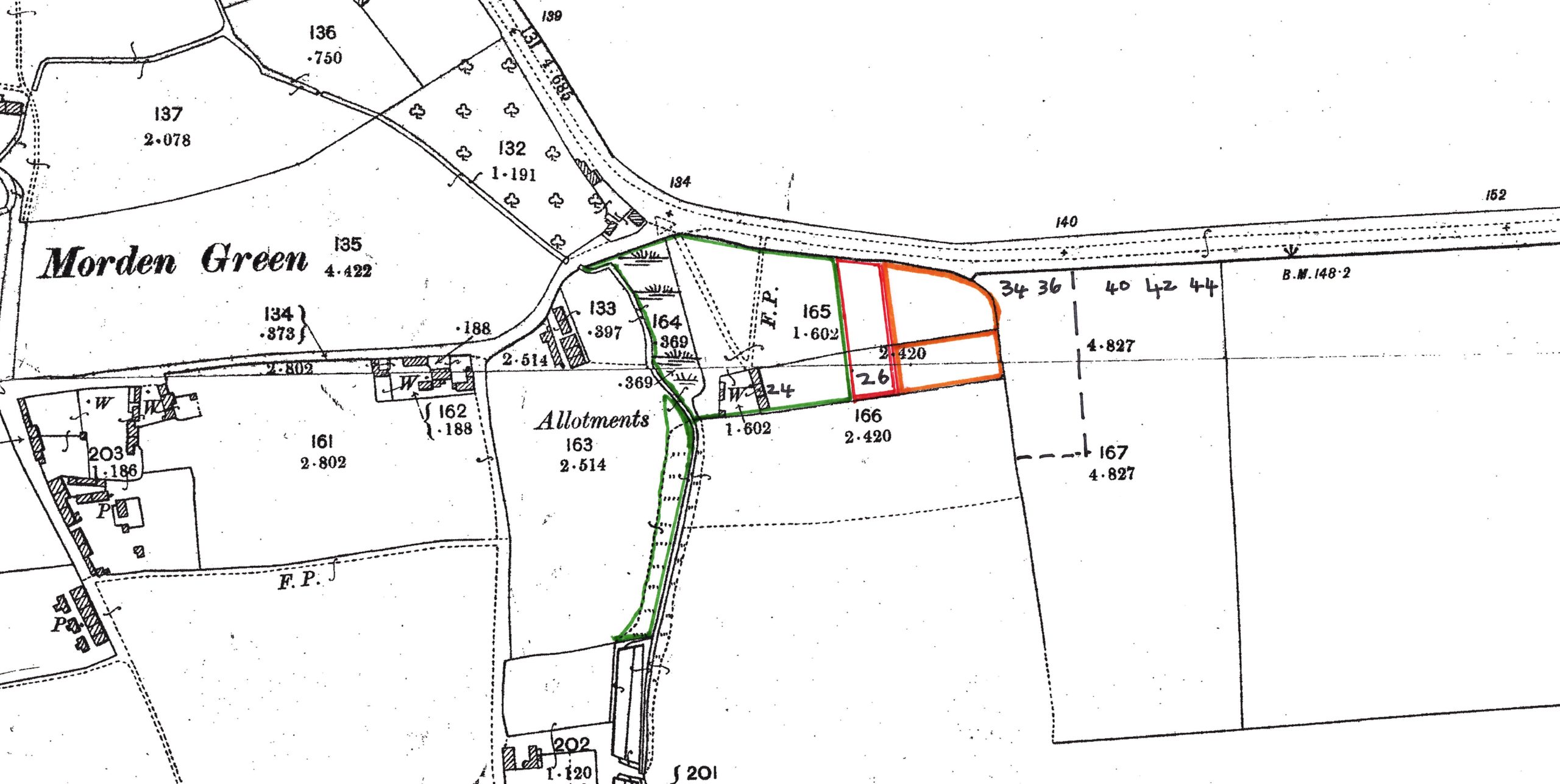 The plot layout is still similar to 1839 Tithe Map and this map has been marked up with the modern plots. No 24 Cheyney Willows is outlined in green, No 26 Cheyneys in red and two empty plots outlined in orange. Scroll down for larger version of this image. 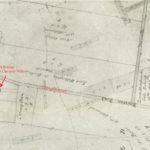 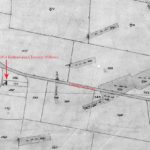 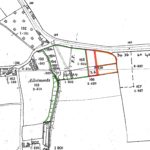 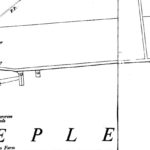 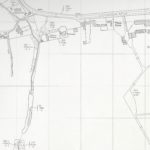 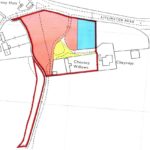 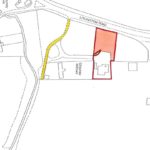 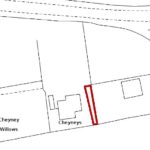 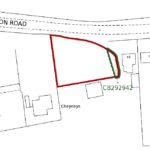 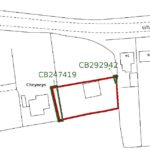 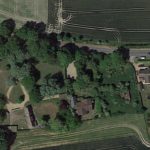 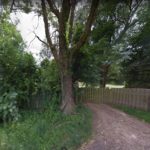 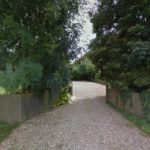