No 72 is a house with an interesting history. In recent times, it was known for many years as Russells after Russell Fordham, who lived here from 1921 until his death in 1965. However, Russell and his wife Christabel knew it as Etheldene Cottage.

The original plot of land for 72 Hay Street was much larger, until bits were sold off and Nos 68, 70, 74 and 76 Hay Street were built on either side. The land was originally an old enclosure in the open field known as The Crofts or Crafts and in extent was 0a 2r 34p. At the time of Enclosure in 1816 a portion of Hay Street 0a 0r 27p was awarded as an allotment, which extended the plot to 0a 3r 21p, nearly an acre. The owner was Mary Williams, who had inherited from her father Simeon Leete of Guilden Morden. This small allotment was one of three to Mary, wife of Herbert John Williams, in lieu of copyhold rights of common.  It is given number 21 on the Enclosure Map and was described as copyhold of Steeple Morden Manor. Abutting on the north was land of Chandler Merry, east homestead of Mary Williams, south allotment to Earl of Hardwicke and west North Brook End Road [Yes, despite being an allotment in Hay Street!].

There are two buildings shown on the land, but the configuration does not accord with the position of No 72, which suggests that the current house was built in the 1820s, which fits with its style and construction. It was extended probably around 1900 on the right/south. This extension is shown in the 1904 postcards of R H Clark.

At the time of the Tithe Apportionment 1839 the plot is number 70 and the current house is depicted in its original form and just to the north is a barn. The owner is now Edward Williams, son of Mary and he is also occupier of the “public house etc” with a land extent of 0a 3r 21p. The 1904 postcards show the barn still standing and extended on the road or west side.

This property was a beerhouse from 1839 to 1851, a grocer’s shop in 1861, home to an ag lab in 1871 and then business base and home for Herbert Williams, straw dealer in 1881, 1891 and 1901. Sadly he oversaw the departure of the property from the Williams family. His mortgagees foreclosed on him in 1903 and the property was sold. Below are various press announcements of the sale and purchase by George Naish for £170.

At some point the plot of land was extended eastwards with a finger of land, which was originally part of the Wimpole estate and later Golden Orchard. The modern layout, including the land acquired at the rear may be seen from this aerial view. The access road to Woodland Grange and No 68 are at the bottom with Nos 76 and 78 at the top. Woodland Grange to the right. 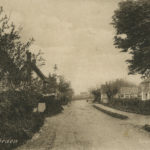 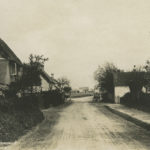 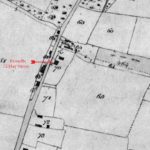 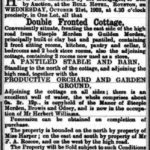 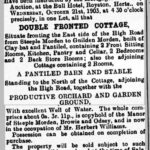 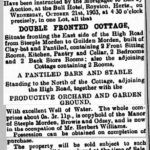 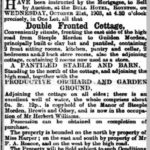 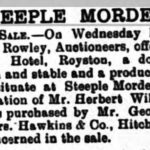 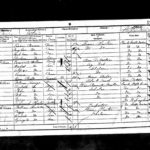 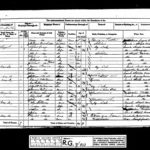 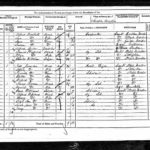 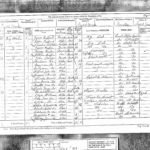 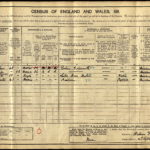