Before 1932 Nos 12 and 14 Hay Street were in the same ownership and the premises were legally treated as one, although the two houses were generally let out as separate dwellings. For the history of both, prior to 1932, please go to this page Nos 12 & 14

The history of No 12 Hay Street from 1932 onwards is told on this page.

Frank Ernest Pepper had bought the combined properties in 1929 and sold No 12 to David Hitch on 23 July 1932 and sold No 14 to Beatrice Emma Christmas on 26 August 1932. Frank Pepper moved to live in Hitchin.

A copy of the 1932 Conveyance is below and David Hitch acquired “all that messuage or dwellinghouse called or known as Rest Haven situate at Hay Street in the Parish of Steeple Morden in the County of Cambridge with the yard garden barn and other outbuildings thereto belonging which said messuage and premises are now or were late in the occupation of the vendor” identified by the plan drawn on conveyance. The purchase price was £200.

David Hitch, resident at The Homestead, 5 Church Street, died 27 February 1980 and leaving no will, administration of his estate was granted to his son Roland John Hitch, who on 29 September 1983 sold out of the estate, No 12 Hay Street, Rest Haven to the occupant, his brother Lewis David Hitch for £8000.

After the death of Lewis David Hitch ownership passed via his Will to his widow Audrey Elizabeth Hitch and children Trevor John Hitch and Tracy Jane Seelig by Deed of Appointment on 7 December 2012 and this ownership was registered 15 January 2013. 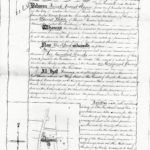 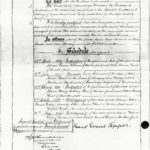 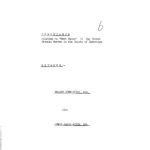 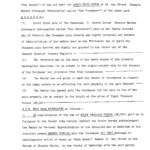 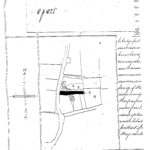 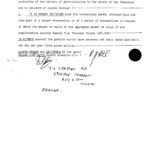