These are the “old” Council Houses built about 1928, after Melbourn Rural District Council had acquired in 1927 a plot of land extending to 1 rood 10 perches from E K & H Fordham Ltd, the Ashwell brewers, who owned The Plough on the corner. The Fordham family were supporters of social housing.

After they were built the Council numbered them 1-4 The Council Houses, Ashwell Road and against convention the numbering began furthest away from the village centre and they were numbered consecutively, rather than odd numbers. By default they also became known as 1-4 Ashwell Road. The Plough was considered as being on Station Road, whereas today it is 1 Ashwell Road.

No 17   was No 4 and in 1939 occupied by Charles Jarman and Pollie Jarman and in 1969 by J R Whomes. Sold by South Cambridgeshire District Council to Christopher Back and Christine Ann Back on 10 January 2002. Bought by the current owners on 6 January 2014.

No 19   was No 3 and in 1939 occupied by Ernest A Willmott and Lilla M Willmott, who were still in occupation in 1969. Sold by South Cambridgeshire District Council to Janet Hazel Holt, now Fox and Stephen Fox on 11 November 2002.

No 21   was No 2 and in 1939 occupied by Eric G Jarman and Eva E Jarman and in 1969 by D V Hitch. Sold by South Cambridgeshire District Council to David Eckford Robert Hutchinson and Lynda Gwynneth Hutchinson on 20 March 1987 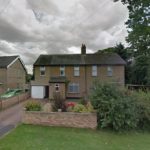 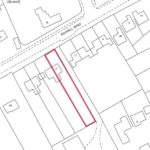 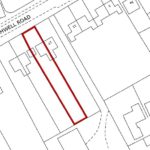 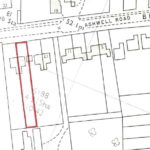 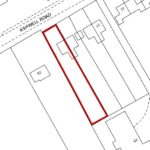