This house and garden, with the field adjoining on the west, began life in 1841 as a plot of arable land extending to four acres. Previously it had formed part of a much larger field that stretched the whole length of Ashwell Road, on the south side, owned by William Mabbott, whose Executors decided to lot the land into five different plots for sale by auction.

Lot 5  Another Plot of the Same Allotment

Bounded by the road to Ashwell, north; containing, by admeasurement 4a 0r 0p
The Purchaser is to make and maintain the fence next Lot 4
Freehold Apportioned Land-tax [blank]

Sold to Titchmarsh on behalf of William Elbourn for £290

After William Elbourn bought it at the 1841 sale, it went through various ownerships and occupiers, as listed below, until it was bought by the Saunderson family in 1887. For almost 100 years the whole plot remained a field of arable farmland.  Until in the late 1930s the owner Ebenezer Saunderson of the Mill on the opposite side of the road, gave the land to his daughter Dora Elizabeth upon her marriage to Alexander Joseph MacCormack in 1938 and a house was built on the eastern side of the land, along with a long garden. The house was named Barachel, after the father of Elihu in the Book of Job. In the 1945 Electoral Roll it is Baracher and in today’s post code directory Baracal, which is a place in Portugal. Perhaps that is where the compiler of the directory spent his last holiday?

In the 1939 Register it was home to them as Alexander J MacCormack and Dora E MacCormack, who went on to have three children Eleanor, John and Michael. Alexander died in 1961 and Dora remained living at Barachel with her three children. The youngest Michael married Margaret Reed in 1969 and they set up home with his mother, until Dora died in 1977.

The land adjoining has remained an arable field to this day, although the title to it has been separated from that for the house and garden. House, garden and field have been owned by Michael MacCormack since 1987.

For the earlier history of this plot, please visit Ashwell Road Land to South 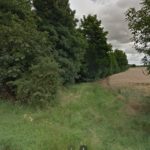 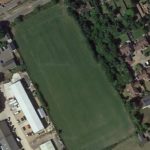 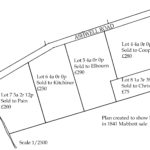 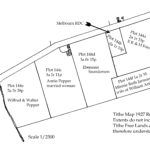 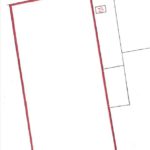