This property was erected in 1841/2 as a beerhouse and home for a smallholder and his family. The beerhouse was later known as The Plough. The brewers E K & S Fordham of Ashwell closed the beerhouse at the end of 1956 and sold the house and land to the tenant Alfred William Robinson on 1 January 1957. Please visit this page for the beerhouse history.

Since then it has been a private house and most of its land has been sold off for residential development along Ashwell Road and Station Road.

Alfred Robinson died 29 June 1959 and his widow Sarah continued living here, until she in turn died 2 February 1966. Precise ownership of the house then becomes unclear. Mary Jane Horsman, executor for her sister Sarah Ann Robinson sold it on 5 January 1969 to Peter John Robinson. Whether he was a relation of the previous Robinson family is unknown, as is how long his ownership continued.

Below is a list of owners and occupiers as known and it would appear to be complete. The Sparks were probably tenants, as Stewart Mabey bequeathed the option for his daughter Sara to buy the house at an open market value, which she did, although it is not certain when she moved in with her partner Neil M Benbow. In the interim, Stewart Mabey’s estate would have continued as owner.

Sara Mabey was a garden designer and plants woman. In 2019 she and Neil Benbow left to run a bed and breakfast in the Scottish Islands and on 2019 the property was bought by the present owners Terence James Brame and Anne Brame, who had the house extended to the west and south to virtually double its size. It was carried out in a sympathetic manner to the original house and today few would identify the new from the old. 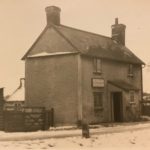 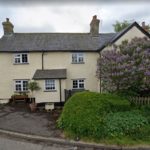 The Plough Ashwell Road Front View from North Google Street View May 2021. After property was extended. 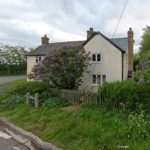 The Plough Ashwell Road Front View from West Google Street View May 2021. After property was extended. 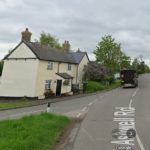 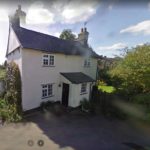 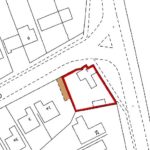