Officially a kiosk, although in everyday parlance a telephone box!

The first public telephone was located in a private house at 3 Cheyney Street and the story of that is told elsewhere.

The first kiosk was installed in Hay Street, just to the south of 12 Hay Street and close to The Cross. It still stands today, although no longer functional and is a listed building. It is the renowned K6 kiosk design by Sir Gilbert Scott launched in 1935. This box was already in place in September 1936 when Audrey Hitch, nee Brockett started at the village school, on the opposite side of the road, so this is an early example.

A second kiosk was installed on The Green and that also still stands, although not functional and not listed. This is the kiosk referred to as going to be installed in the 1956 press cutting below. A village story is that this kiosk was intended to be installed in Litlington Road near the junction with The Green, but a Parish Councillor used his influence to have it installed actually on The Green, closer to his home. The reality is more mundane. It was intended to be sited on The Green, but the GPO decided it would be easier to put it on the Litlington Road corner. The Parish Council as a body, rather than any individual applied pressure and it was sited where it was originally intended. The kiosk was repainted by villagers Albert Covington and Geoff Gilbert in August 2021.

On a frivolous note, in the 1960s. 70s and 80s, before the era of mobile phones, this box was used regularly by married men in the village, who were having affairs, to phone their lovers. They thought they would not be noticed down The Green compared with the box at The Cross. How wrong they were!

There was also a kiosk at Ashwell & Morden Station, just at the top of the entrance road across the road from The Jester. It was replaced at some point with a modern box, but even that was removed without ceremony or fuss some years ago. 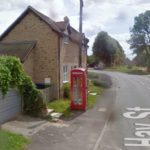 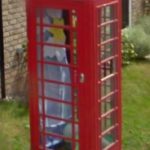 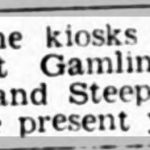 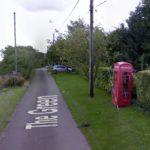 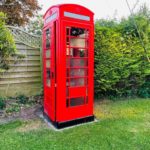