The story of this mill, which stands in Ashwell Road, is entwined with the lives of two families – the Barkers and Saundersons. Today, it is usually referred to as Saunderson’s Mill, although it began life as Barker’s Mill. It was built, probably in 1816, by Thomas Barker, whose descendants sold it to the Saunderson family in 1869. In 1975, some 106 years later the Saunderson family sold the mill, house and land to Paul and Maureen Hasler.

Origins of the Mill

The story begins at the time the Steeple Morden open fields were being enclosed. It was a legal process, which resulted in major changes to the layout of land in the parish. It started with the passing of an Act of Parliament in 1807 and was completed, after years of wrangling, on 19 January 1816. The land that became the site of the mill originally lay in the large open Church Field and there is no evidence of any mill here before Enclosure.

The Enclosure allotments of land were marked out by September 1808 and rights of common etc ceased 2 December 1808. Thomas Goodchild’s allotment at Enclosure, was a plot of land on the corner of Odsey Way [Station Road] and Ashwell Road, in lieu of his copyhold right of common. It is described as being in Church Field and copyhold of Steeple Morden Manor, measuring in area 1a 2r 33p. There is no mention of a mill and no buildings are depicted on the Enclosure Map, which is dated 1817.

In “The Mills of Cambridgeshire” by Alan Miller it is suggested the mill was built c.1805 and this has subsequently been repeated elsewhere, perhaps an example of the printed word becoming a truth. This date was presumably based on observation of the mill itself.

Thomas Goodchild having been allotted his land, sold off 2r 4p on the western end to Thomas Barker and the earliest this would have happened is the end of 1808. It is known that Thomas Barker was admitted to his copyhold land at a Manorial Court in 1816. He may have actually bought it a little earlier, sometimes purchasers did not rush to the Manorial Court, as that involved costs.

Taken together the evidence suggests the mill was erected between 1808 and 1816, probably nearer to 1816.

The Life Story of the Mill

Having been operated by the Barker family from 1808-1816, with the subsequent assistance of their Kitchener relations, the last Barker in the direct line died in 1869. This was Elizabeth widow of Thomas junior and her Executor the Rev Joseph Stockbridge, Congregationalist minister of Guilden Morden, put the Mill and Elizabeth’s land holdings up for sale at auction on 28 July 1869. The Mill was offered first and the auctioneer invited bids in £10 increments and takings bids off the wall he took the total to £480, before announcing that it had not been sold and noting in his auction details “no bidding whatever”.  Immediately after the sale concluded Mr Saunderson offered £500, which presumably he had guessed was the reserve and his offer was accepted.

The mill, house and land were put up for auction in 1919 by the Saundersons and it sold for £925 or £950 and was presumably bought in by a member of the family, as it remained in their hands. Part of the description is “A smock corn and grist mill, built of brickwork and timber, covered with zinc, of 4 floors with 2 pair 4ft Peak stones and one spare runner and one pair 4ft 6in French stones, 2-sheet centrifugal, Smutter, oat crusher, Corbetts mill, hoists, running gears and belts complete, driven by a 12 H.P. engine by Marshall & Sons, erected in the adjoining Brick-built engine room and connected by 3-inch shafting, gravity-fed water supply from tank by well.” So by 1919 the steam engine is considered the main source of power.

The sails are believed to have been removed in the late 1920s and by 1958 it was said to be powered by electricity. It continued operating, although on a reduced scale into the late 1960s/early 1970s.

The mill is not in great structural condition, although it was “weatherproofed” a few years ago, including covering the cap with copper sheeting, which is rather striking. Since 1975 the Mill House, No 18 Ashwell Road has been a private house owned by Paul Brian Hasler and Maureen Hazel Hasler. They ran their packaging business from the mill premises for many years, until most of the mill land and premises was sold for redevelopment in 2005/6 and a second block in 2017. The outcome was Mill Courtyard, which consists of twelve dwellings.

Thomas senior died 1824 and his son Thomas inherited, but he died age 35 in 1837. He had married for the second time in 1833 to Elizabeth Kitchener of Stotfold. Elizabeth inherited the mill estate and became nominally the miller, although she persuaded her brother William Kitchener to move from Stotfold to Steeple Morden to become the de facto miller. Some years later William bought a plot of land opposite the mill on the other side of Ashwell Road and built a cottage, which was the first building on what is now the Wyndmere site. The cottage has since been doubled in size and other houses built adjoining, but the original is still in there somewhere.

Elizabeth died in 1869 and her Executors put her lands, including mill and house up for auction. The purchaser was Azariah Saunderson a miller aged 26 from Wrestlingworth. He had married Sarah Jarman from Guilden Morden and they settled into their new home and started their family.

Their first-born Alfred took over the mill when his father died in 1887. Their next born Ebenezer in time went off to Wallingford, Berkshire and was a miller and grain merchant there. However, when brother Alfred died age 49 in 1919, Ebenezer came back to Steeple Morden to take on the family business. He had married Amy Denny and they had four sons Theodore Alfred, Herbert John, Stanley Robert and Douglas Ebenezer and two daughters. After Ebenezer’s death in 1950 it is believed that Stanley Robert and Douglas Ebenezer operated the mill. Theodore Alfred became a poultry farmer, establishing the Odsey Way Poultry Farm and Herbert John married a Cornish girl and moved to Cornwall.

These are the millers listed in the Trade Directories. The dates will be filled out in time, with information from other sources. 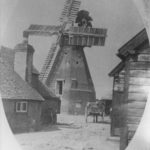 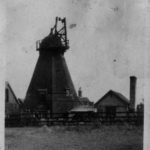 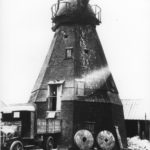 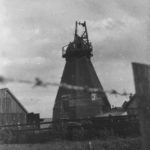 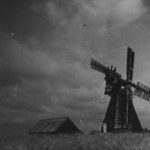 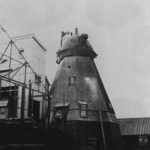 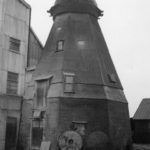 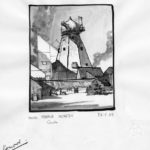 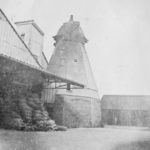 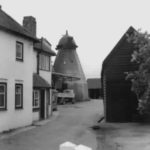 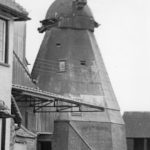 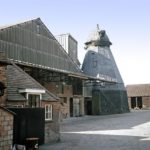 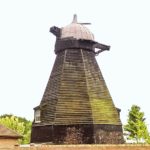 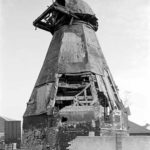 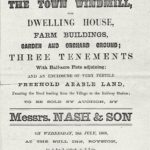 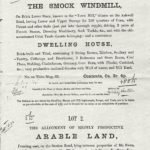 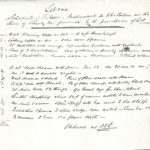 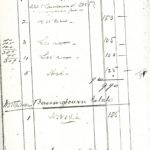 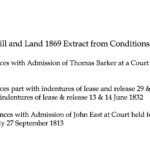 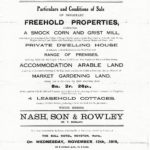 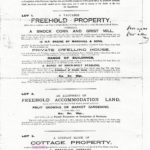 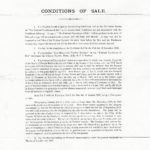 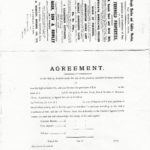