Home Farm was a small farmstead in Cheyney Street. The farmhouse is today detached from its land and is 10 Cheyney Street and known as Home Farmhouse or Home Farm.

As a farmstead the associated land extended to 88 acres and after Enclosure in 1816 the land lay in two blocks. One was accessed from Station Road and ran down to Ashwell Road. The other began at Ashwell Street and ran southwards on the east side of Odsey Way [Station Road], as far as the access road to what is now Omya.

At a auction sale in 1919, Home Farm was sold split into two lots and as a result the Odsey Way land fell away having been bought by the Cambridgeshire County Council. The farm sale by the Executors of William Franklin deceased, held in in 1922 marked the end of Home Farm as a farming entity.

Today the Station Road/Ashwell Road land is owned and farmed by Wallington Farms. Previously, it was part of the Pepper/Clayton farming enterprise. In the recent past houses have been built on the Ashwell Road frontage. The Odsey Way land is now folded into Gatley End Farm

From at least 1791 Home Farm was owned by the Walbey family of Barley, Reed and nearby villages. It is not certain when they acquired it, although in the Enclosure Award the owners are stated as Samuel Walbey and his wife Eleanor, which suggests by the standards of the day that Eleanor had had a key role in bringing this property into the Walbey milieu. She was born a Foster and married Samuel Walbey at Royston 6 September 1776. Although no firm evidence has been found of her prior ownership of Home Farm, it seems likely, which would suggest it came into the hands of the Walbey family in 1776?

Eleanor died before Samuel, who died 1825, leaving his Morden estate to his son Samuel, who in turn appears to have left it to his son Samuel, who died in 1880. The property then descended by marriage through the Wilkersons and Wilkinsons of Barley and elsewhere, until Ellis Wilkerson in 1919 sold Home Farm, plus some other land and Cheyney Willows cottage, which had been acquired along the way. William Franklin bought the house and land in Cheyney Street and the Station Road/Ashwell Road field. He died 1922 and his widow Beatrice continued as owner until she died in 1943. She left everything to her brother Robert Rule, who lived at Home Farm for a while.

James Bennet (apparently he preferred one t) is recorded as farmer 30 acres 1 lab in 1851 and farmer 30 acres 2 men and 1 boy in 1861. It would seem he was only tenanting and farming the Station Road/Ashwell Road land. George Duke was farmer 86 acres 3 men and 1 boy in 1871, so farming both blocks of land, and by 1881 he was farmer 300 acres 10 men and 5 boys – he had taken additionally the tenancy of St John’s College farm in Brook End, but remained living at Home Farm. In 1891 he was farmer and cattle dealer. Acreage and labourers employed are not given in later Census returns, although Herbert Duke styled himself farmer and Bertram Parrish as farmer and cattle salesman.

The farmhouse and small farmstead were in Cheyney Street in the centre of the village. The house stands today and is 10 Cheyney Street, known as Home Farmhouse or Home Farm. The farm yard and old barns no longer exist.

Historically, the land was in strips scattered across the various open fields and there were also grazing rights known as rights of sheep walk and common. As the result of Enclosure the owners of Home Farm found themselves with two large areas of land. One new field, shaped like an upside down L had access from Odsey Way [Station Road] and swung down as far as  Ashwell Road. The other block ran, southward from Ashwell Street, alongside Odsey Way. These are the four allotments to Samuel Walbey and Eleanor his wife.

These four allotments may be seen on the two extracts below from the Enclosure Map 1816, with each labelled Home Farm in red.

Each of these plots can be identified on the Tithe Maps extracts shown below, using the Plot Nos. The modern aerial views tie in as well and the Home Farm lands have been labelled to help with identification. 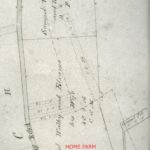 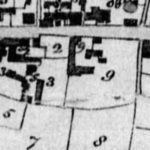 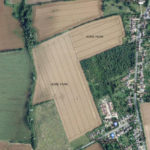 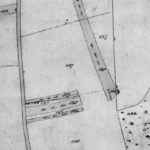 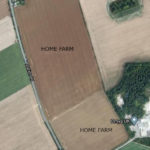 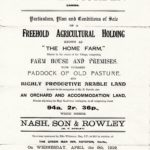 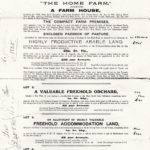 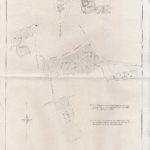 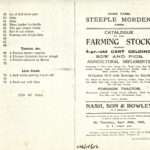 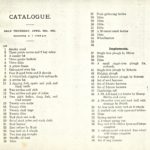 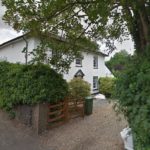 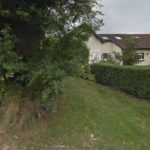 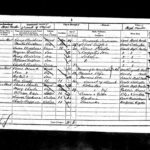 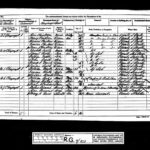 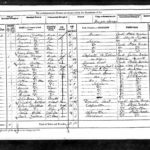 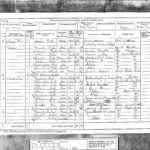 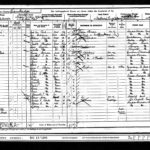 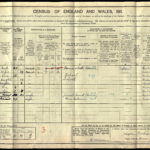