In the Steeple Morden Enclosure Award dated 31 January 1807, Samuel Flitton, who was tenant of St John’s College Farm in Brook End was granted in his own right 3 allotments in lieu of freehold open field lands and rights of sheepwalk:

The 5a allotment was close to the house he owned in the north of the parish on the corner of Hay Street and Trap Road. The other two allotments were a continuation of a large allotment to St Johns College, so sort of made sense, although it was some way from the home farm in Brook End.

With his 139a of freehold land Samuel Flitton was the most prominent landowner in the parish, after the institutions and Earl of Hardwicke (who alone owned over half the parish). Samuel came to Steeple Morden in 1802 upon his marriage to Mary Wilson nee North, widow, through which he acquired the open field freeholds and took over the tenancy of St Johns College Farm.

Samuel died in 1833 and his tenancy of St Johns College Farm and his freehold lands passed to his eldest son Thomas, who in 1836 gave up the College tenancy and built a farmhouse and stock farm on the south-east corner of the 38a 1 r 3p Enclosure allotment.

Son Thomas married Mary Pain, but the marriage was not a happy one and Mary preferred to live with her brother in the village. There were no children! Thomas died 1853, age 46 and the farm passed to James Flitton his youngest brother, who in turn died in 1865 age 43. Elizabeth widow of James inherited the farm and ran it until she died in 1903, when it passed to her daughter Clara Elizabeth and her husband John Hall of Ashwell. In 1905 the Hall family decided to sell and it was bought at auction by John Smyth of Harpenden, who let it to Thomas Russell of Litlington.

From 1836 the new farm was called different names: Ashwell Street Farm after the green lane Ashwell Street that runs alongside the farmstead, Odsey Way Farm, as it sat on the road to Odsey, although Odsey Way became Station Road, Briefly, it was Flint Hall, presumably after the flint boundary wall at the front and side.

At some point, High Farm became its accepted name, presumably because it is on a slight bump in the landscape and you do walk up to it, from whichever direction you approach. High though may be considered ironic to those familiar with real hills.

When Hertfordshire County Council sold the farmhouse and about 3a of adjoining land in 1995, it was a requirement of the vendors that the name be changed and the new owners settled on Flittons Farm in memory of its creator.

The High Farm name stayed with the land and the existing tenant’s farmhouse; a semi-detached brick built cottage just north of the newly named Flittons Farm.

When Hertfordshire CC first bought High Farm they divided the house into two dwellings and it remained so, until it was made it one house again in 1995. At various times the farm yard and buildings were split between as many as 5 tenants, although prior to the sale in 1995 the entire holding was let to one tenant John Jarman.

The last tenants in the houses were Huffer family on the south and Rowland & Joyce Hitch on the north. 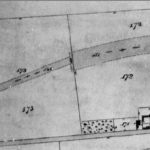 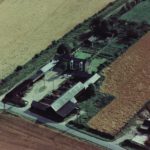 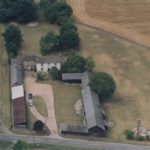 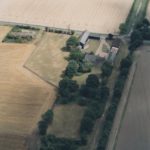