It is not known how Elizabeth Jane Robinson, daughter of the licensee of The Plough PH, came to meet Noah Philpott. Noah was born at Codicote, Hertfordshire, as his father George had been before him. George married Harriet Threader from Kent at Welwyn in 1865 and they had six children, all boys, of which Noah was the fourth. The family lived around Codicote and Welwyn, until gravitating to Hitchin, where George died in 1879, leaving his widow and six sons to take up residence at the Hitchin Workhouse and they are recorded as inmates in the 1881 Census. By the time of the 1891 Census Harriett had remarried to a Mr Ansell, who had already died by 1891 leaving her a widow for the second time. The family was living at Barn Alley off Queen Street.

In the 1901 Census Noah, a plasterer’s labourer, is married to Elizabeth, born Ashwell and they are living at 58 Old Park Road, Hitchin. Noah had married Elizabeth Jane Robinson, daughter of Charles and Georgina Robinson (tenants of The Plough PH, Steeple Morden) on 7 July 1900 at Ashwell.

Their first child Ethel Elizabeth was born 2 June 1901 and baptised at Steeple Morden Church on 1 July 1901. Noah and Elizabeth gave their address as 58 Old Park Road, Hitchin and Noah is a bricklayer’s labourer.

Their second child Hilda Maud was born 9 October 1902 and apparently baptised at Hitchin.

By the time of the 1911 Census Noah and family are resident at Gatley End, probably in one of the pair of brick-built cottages that are now one and have been extended. Ethel’s birthplace is given in the Census as Steeple Morden and Hilda as Charlton, Hitchin. The family are recorded as still at Gatley End in 1913 & 1915. By 1920 they are living at Knotts Bridge in the house that is now 1 The Green. It was owned by Cambridgeshire County Council then, having been acquired as part of the purchase of Cheyney Water Farm.

Ethel never married and died 9 May 1927 at Knotts Bridge, described as a domestic servant and daughter of Noah Philpott, a county council roadman. Cause of death was given as TB of Lungs : 10 years. Her sister, Hilda, present at the death, registered it at Royston.

Hilda married Frederick Percy Mead on 19 November 1927 at Finsbury Park and they subsequently had two daughters. Joan Phyllis and Mary E. Hilda died at Bedford in 1992.

Noah died 25 June 1942 at Knotts Bridge and was buried at the Parish Church 27 June 1942. Elizabeth Jane remained living at Knotts Bridge, although when she died on 24 October 1960 she was living in old peoples’ accommodation at Red House, Symonds Lane, Linton. The death was registered by J H Chester of Red House, who appears not to have known Elizabeth Jane well as her surname is recorded is Philpotts and she is described as of Knotts Bridge, Steeple Morden, widow of —- Philpotts a ——–. Cause of death was 1a Cerebral haemorrhage and 1b Arterial degeneration. She was buried at Steeple Morden Parish Church on 28 October 1960 age 81. There is a family legend that she died after falling and hitting her head on a fire hearth. 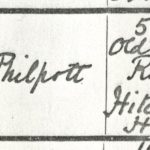 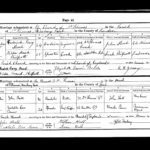 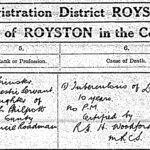 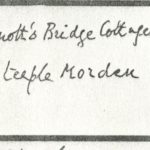 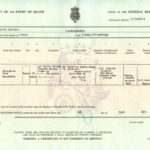 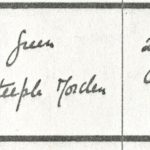 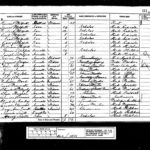 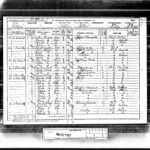 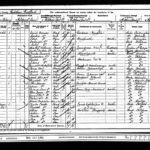 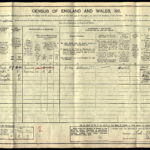