The surname Mynott occurs quite widely across Cambridgeshire, although it is found particularly in parishes in the south-east, between Linton and the border with Suffolk. One such parish is West Wickham, which was the birth place in 1844 of Mary Ann Mynott, who married George William Theobalds at Steeple Morden in 1870. Both were described as “of the parish of Steeple Morden” and settled into married life in Steeple, until in the 1880s they moved to Hauxton, Cambridgeshire.

By 1875 Mary Ann’s brother John Mynott, born West Wickham in 1848, was living in Steeple in one of four tenements in the farmyard at Merry’s Farmstead in Hay Street (at rear of The Carriers). Mary Ann and John were two of the children of John & Prudence Mynott (nee Barker).

On 4 January 1876 John married Elizabeth Howlett at Steeple. He was described as labourer of this parish and Elizabeth was of Newmarket. They proceeded to have four children in their Hay Street tenement. Walter George in 1877, Alice Elizabeth in 1879, Harriet Jane on 21 September 1880 and Charles Henry in 1883.

Some time in 1883 or 84 the family left Steeple and moved to Southwark in London, where a fifth child, Beatrice was born 1884. Father  John died in 1886. The Mynotts lived in a flat owned by the charitable Peabody Trust and known as Peabody Square, Blackfriars Road, Southwark. In the 1901 and 1911 Census Harriet Jane is living with her mother and her occupation is given as shirt ironer, presumably in a laundry?

On 1 September 1911 Harriet Jane set sail from Southampton on the Asturias, owned by The Royal Mail Steam Packet Co and bound for Buenos Aires to join Sidney David Townsend. They are believed to have known each other in England, although the exact circumstances are not known.

Sidney David Townsend was born at Rushey Lock, Bampton, Oxfordshire, although in the 1901 Census was living at West Ham, Essex. He was a railway engine driver and he emigrated to Argentina on the Araguaya, also owned by The Royal Mail Steam Packet Co, from Southampton on 23 January 1909. This was at a time when British investment was still a major influence in the development of the railway in Argentina and Sidney David had employment with Her Majesty’ Railway Co already confirmed, before he left England.

Sidney David and Harriet Jane were married at the English Church, Buenos Aires on 26 September 1911 and their child Thomas Edward was baptised the following year. Their descendants still live in the Pergamino area of Argentina.

Copies of the couple’s passport and Harriet Jane’s registration certificate are below. 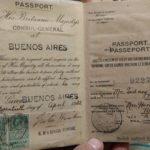 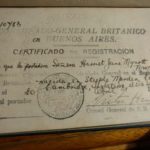 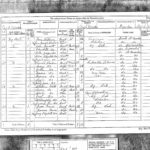 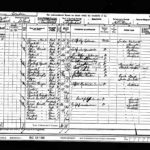 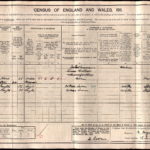 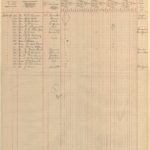 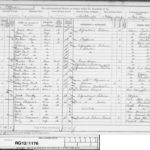 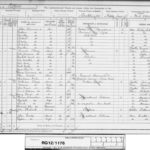 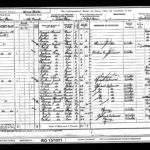 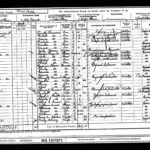