The name Gentle was not associated with Steeple Morden in the past and there are only six parish register entries prior to 1850 and certainly no established families of that name. However, Guilden Morden and Ashwell were definite familial centres for Gentles.

Thomas Gentle was baptised at Ashwell on 7 July 1817 and his parents were James and Elizabeth Gentle nee Kirby, who were both born in Ashwell and in later life lived in Gardiners Lane. On 27 October 1837, at Ashwell, Thomas married Eliza Topham, who had been born at Baldock in 1819 and baptised there 11 April 1819. Thomas and Eliza soon started a family, with Eliza born 1839, Thomas born 1841, James born 1844, John born 1846 (died 1854 age 7 buried at Steeple Morden) and Mary born 1850 (died 1854 age 4 buried at Steeple Morden). All the children were born and baptised in Ashwell.

Late in 1850 or early 1851 Thomas took the tenancy of the public house on the corner of Station Road and Ashwell Road, which had just been bought by E K & H Fordham, brewers of Ashwell. After their move to Steeple Morden three more children came along and all were baptised at Steeple Morden, namely George in 1852 and more of him later, William in 1856 and finally a second John in 1862 (died 1874 age 12 buried at Steeple Morden).

Eliza carried on running the beer house and raised her children there. In later years, certainly by 1891 she had as a helper her grand-daughter Elizabeth, then aged 12 and daughter of George of Royston. An arrangement, which the Justices considered unsatisfactory in 1895, especially as Eliza was almost totally deaf. By the following year she had given up the licence and retired to a cottage in Church Street. She died in 1903 aged 86 at the home of her son James at St Neots and was returned to Steeple Morden for burial on 22 December.

For more about the beerhouse, which at this time was not called The Plough, that came later, and the sad circumstances that resulted in Eliza being “compulsorily retired”:  The Plough PH

The following year they moved to Royston to a house in Gower Road, which was in the parish of Kneesworth in those days, so they are often described as of Kneesworth in records. George was a horse shunter at Royston Station. Before the days of the little diesel shunters, horses were used to move goods wagons about. The family continued to grow in the small two and two down “railway cottage”. Eliza born 1875, John George 1877, Thomas 1883, Mary Florence 1884, George Ernest 1886, Ada Naomi 1888 and finally Maud born 6 September 1890. 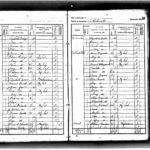 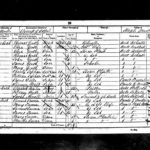 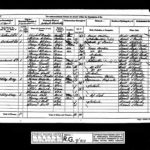 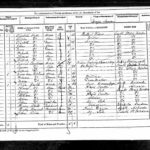 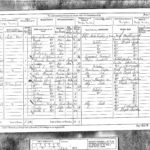 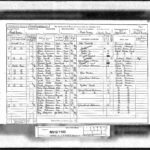