William Chance was born 30 June 1853 at Toddington, Bedfordshire, the first child of Richard and Eliza Chance.

Richard had married Eliza Wilson at Toddington on 30 May 1852. Richard had been born in September 1829 at Harlington, Bedfordshire and Eliza at Weston, Hertfordshire on 22 April 1832.

In the Census 1861 William is at home with Richard & Eliza at Cloisters Square, Toddington, described as age 8 and scholar.

By the time of the Census 1871, the Chance family had moved to London, living at Wilson (?) Buildings, St James, Clerkenwell. Richard was a bricklayer’s labourer and son William age 18 was a railway van guard.

Two years later William was living at 3 Lloyds Row, Clerkenwell and on 18 May 1873 married Mary Ann Gray, who gave the same address, although she originated from Steeple Morden. The marriage was at St Marks, Clerkenwell and in the register William was of full age, bachelor and labourer; father Richard Chance, painter. Mary Ann was also of full age, spinster (blank); father William Gray, labourer. They both signed their names and witnesses were Thomas Norton & Susan Norton.

Next found in the 1881 Census, William and Mary Ann had moved to the suburbs and were living at Midlothian Terrace, Lancaster Road, East Barnet. There were just the two of them and William gives his occupation as police constable.

Ten years later and William and Mary Anne were living in central London in the parish of St Anne’s, Soho. With them on Census night were Charles Gentle age 19 nephew, a painter born Steeple Morden and Maud Gentle age 6 months and born Royston. William was now a police sergeant.

By 1901 William had retired from the Metropolitan Police and working as an insurance agent. He and Mary Ann were living at 27 Queens Road, Erith, Kent and niece Maude Gentle age 10 was with them, as was Thomas Gentle age 19 a scrap? moulder born Royston.

At some point between 1901 and 1911 the Chance’s upped sticks and moved from Erith to Mary Ann’s home village of Steeple Morden and in the 1911 Census are living at what is today 12 Hay Street. Maud Gentle is with them age 20 and a school teacher, Cambridgeshire County Council.

Maud Gentle was the last of ten children born to George and Mary Ann Gentle of Gower Road, Royston. Mary Ann was the sister of Naomi Chance. They were both daughters of William and Martha Gray of Steeple Morden. Maud was born at Gower Road 6 Sep 1890 and her birth was registered as Maud Gentle at Royston, although she was baptised as Maud Chance Gentle at St Michael, Battersea, London on 26 Oct 1890. On both occasions her parents were given as George and Naomi Gentle of Royston.

However, Maud lived with her uncle William and aunt Mary Ann from birth and throughout her childhood. William and Mary Ann were childless and George and Naomi lived in a two up and two down railway worker’s cottage. After Maud came to live in Steeple Morden she met William Jarman a small holder and on 6 October 1917 they were married at Steeple Morden. The register reads William Jarman 32 bac farmer otp son of Charles Jarman carman and Maude  Chance (sic) 27 —- otp dau of William Chance police sergeant. Wits: William Chance Annie Elizabeth Jeanes ? Frederick Oyston. So at her marriage Maud acknowledged the parents, who had raised her.

Final Years of the Chances

Richard and Eliza Chance after 1871

Richard was a painter in the 1881 and the family (without William by now) was living at 16 Northampton Street, Clerkenwell. In the Census 1891, Richard and Eliza were living alone, with all their children having left home, and their address was 165 Goswell Road, Clerkenwell. Richard dies in St Bartholomew’s Hospital on 10 July 1894. Letters of Administration were granted to his widow at the Principal Probate Registry on 2 August 1894, with the estate valued at £140 8s 0d. 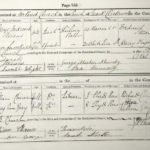 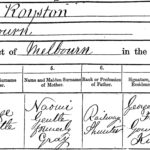 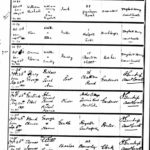 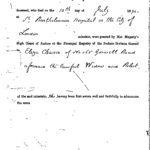 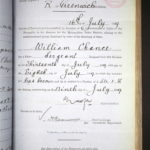 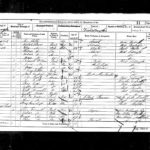 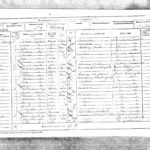 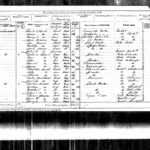 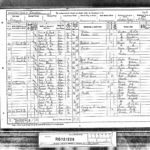 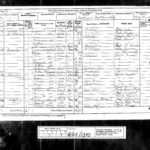 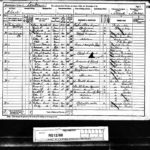 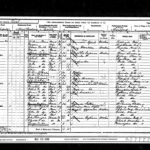 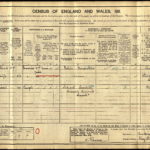