Son of a gardener, Henry Haydn York was born 1858 in the small village of Walgrave, Northamptonshire.

Hilda May Steward, born 1879 at Winchester Barracks, was the daughter of a Sergeant in 1st Battalion 60th Foot.

They had different lives until their paths crossed. Henry had founded a cabinet making and upholstery business in East Grinstead, Sussex in 1888, which was successful and he sold it in 1897. The 1901 Census, taken on the night of 31 March, records Henry age 43, with his wife Esther and their three children at Waldegrave, 4 James Road, East Grinstead. He gave his occupation as surveyor and land agent. The same night, Hilda age 22 and single, was lodging at 4 Alfred Place, Bloomsbury, London and gave her occupation as artist’s head model.

By the summer of 1904 and probably before, Henry and Hilda became lovers. Henry appears to have left his wife and children and re-invented himself initially as Henry Bevan-Yorke, moving to Lyminster Cottage, Lyminster, Sussex. In August 1904, Hilda checked in unaccompanied for a week at The Grand Hotel, Brighton registering as Mrs H Bevan-Yorke, presumably she would be meeting up with Mr H Bevan-Yorke, who would have paid for the accommodation?

Hilda’s mother Margaret Steward was living in Brighton in 1901 and one wonders if she was somehow involved in her young daughter meeting this well-off older businessman? Margaret was five years younger than her daughter’s lover.

Henry and Hilda next pop up in Steeple Morden as Mr & Mrs Haydn Bevan-Yorke, probably arriving in September 1905. Haydn bought The Priory opposite the church and the new arrivals appear to have been welcomed into local society. At the Ashwell Show in July 1906 Haydn was a judge for the Athletic Sports, alongside the Rev E Y Orlebar, Vicar of Steeple Morden and other notables.

In February 1907 Mrs Bevan-Yorke advertised for a “Cook – general, required at once, three in family, must be abstainer and early riser. Write, stating age (not over 30) and salary, Mrs Bevan-Yorke, Steeple Morden, near Royston”. In August that year, at the Melbourn Petty Sessions Mr Hayden (sic) Bevan-Yorke was fined 5s with 5s costs for employing as a maid servant, a girl aged 13 years, who had not obtained a certificate of proficiency at school. The girl was Elizabeth Webb daughter of James Webb and the father had earlier been fined 2s 6d for not sending Elizabeth to school.

A highlight for the couple, in April 1907, was the birth of a son Evelyn Francis Bevan-Yorke. Hilda registered the birth, recording Father as Henry Bevan-Yorke, merchant and Mother as Hilda May Bevan-Yorke.

The joy of Evelyn Francis’ arrival was to be short-lived as by September of that year Haydn was writing his will, presumably aware that he was terminally ill with kidney disease, as he was to die ten days later on 18 September 1907, at home in Steeple Morden. Hilda Bevan-Yorke widow of the deceased, present at the death, registered the event, naming the deceased as Henry Haydn Yorke, which was very close to his birth name.

Haydn made his will as Haydn Bevan Yorke and signed as H Bevan Yorke. Incidentally, his neighbour Mark Hitch was a witness. Haydn appointed “Hilda May Stuart now living with me as my Wife and known as Hilda May Stuart Bevan Yorke” as Executor. As further Executors he appointed “E W Woodforde of Ashwell, surgeon and Harold Francis John Banham of Royston, solicitor”. Had they been consulted and agreed to be Executors? These gentlemen were pillars of the community and of impeccable character and both renounced probate, leaving Hilda to act alone and probate was granted on 3 January 1908 to Hilda May Stuart.

Haydn left all his household effects to Hilda, plus a life interest in his house and residuary estate. After her death, the house and residuary estate were to go to “my son Evelyn Francis Bevan-Yorke on attaining 21 years of age and if he fails to attain 21 years to my son Raymond Cecil Yorke”, who was the son from his marriage, although the child was named Cecil Raymond at birth. A minor detail.

Haydn’s will appears to have provoked a reaction from Dr Woodforde, as on 8 January 1908, just five days after Hilda was granted probate, she and Dr Woodforde lodged a joint statutory declaration with the Registrar, whilst resulted in major changes to the birth certificate of Evelyn Francis and Haydn’s death certificate.

On the birth certificate the father’s name and occupation were removed and mother’s name was amended to Hilda Mary Stuart known as Bevan-Yorke. These changes effectively recorded the birth of Evelyn Francis as illegitimate and changed his last name from Bevan-Yorke to Stuart. Haydn had acknowledged Evelyn as his son in his will, so what prompted Hilda and Dr Woodforde to require these changes?

The Story after Steeple Morden

What did life hold for Hilda as a widowed single mother? Little is known of her immediate fortunes over the first months of 1908, although in October that year she married Percy William Affleck Scott at the Hampstead Register Office in London. They both gave 30 Lithos Road, Hampstead as their residence. The house is still standing and may have been lodgings or multi-occupancy property, which they used to provide a local address for marriage purposes.

Percy was 36 and a bachelor and he was an official in the Chinese Imperial Customs Service. Hilda used the name Hilda May Bevan-Yorke, a widow aged 28 years. She described her father as Ian Stuart (deceased) Captain in Indian Army. In reality her father was Isaac Steward, a Sergeant in the 60th Foot.

Percy’s job likely required regular travelling and living away from home.  Percy and Hilda cannot be found in the 1911 Census, although Hilda’s son Evelyn Francis is with his grandmother Margaret, who is now Stuart, rather than Steward. Evelyn has taken Scott as his last name after his step-father. They were living in Bedford Road, Sandy, Bedfordshire.

In 1920 Percy and Hilda were living in Farnham, Surrey. He then appears to have spent time in Canada and in July 1929, they divorced.

Hilda was living at The Bungalow, High Street, Tilshead, Wiltshire in the 1939 Register and Evelyn Francis and his new bride Diana, were living there with her. Hilda died age 88 at Devizes Hospital, Wiltshire in 1967. 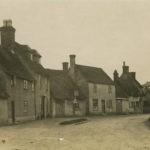 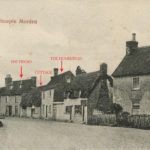 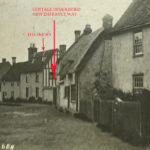 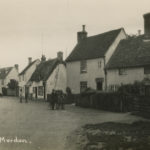 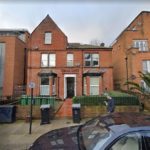 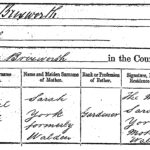 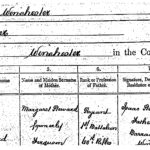 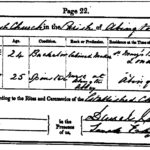 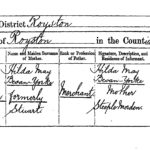 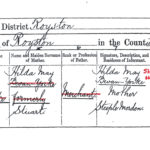 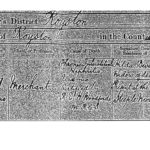 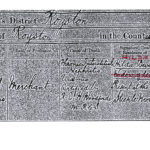 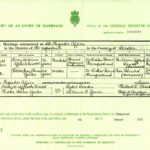 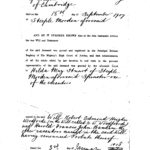 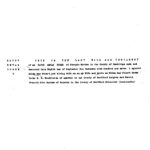 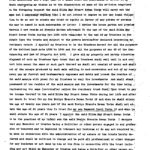 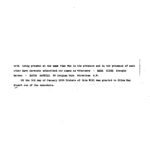 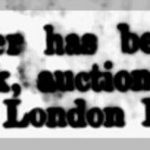 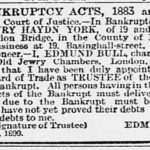 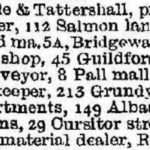 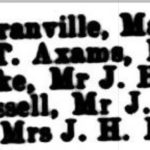 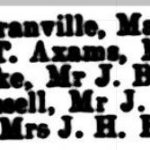 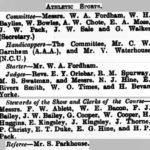 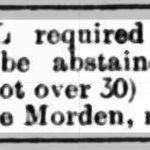 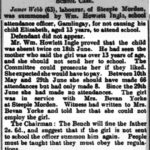 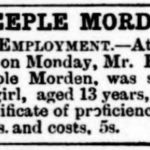