The Railway and the Station

The railway line, which runs through the south of  Steeple Morden parish, was opened on 21 October 1850. The Royston and Hitchin Railway Company was incorporated in 1846 by Act of Parliament and charged with building a new two track line as a spur from the existing station at Hitchin all the way to a new station at Royston, with intermediate stations at Baldock and Odsey. Great Northern Railway Company owned Hitchin station and the north-south railway line that ran through, from London onto the North. It was agreed that Great Northern would lease the new line from the Royston and Hitchin Company and operate the trains once it opened. Royston and Hitchin was a railway company that never ran any trains, but simply built and owned the track, buildings and associated land.

The new railway ran alongside the route of the Hitchin-Baldock-Royston Road, now the A505. The first stretch of railway from Hitchin swung out northeastwards, away from the road to pass between the rural villages of Letchworth, Willian and Norton, although no station for them. It was not until Letchworth Garden City was established that a station was added there in 1903.  As the line reached Baldock and thereafter, it was running close to the road, until it swept northwards away from the Odsey estate of the Fordham family in Guilden Morden parish, until regaining its proximity to the road at Steeple Morden and thus onto Royston.

The following year, the line was extended eastwards to Shepreth, where it met, but did not join the Eastern Counties Railway’s spur line from Cambridge via Shelford. There was great rivalry between Eastern Counties and Great Northern, but after negotiation the two lines were joined in 1852 at Shepreth and it was agreed that Eastern Counties would operate the complete Cambridge to Hitchin line for fourteen years. As a consequence, services began and terminated at Hitchin, because there a change to a Great Northern train was required for an onward journey to London or to the North. In 1866 Great Northern replaced Eastern Counties as operator of the Cambridge to Hitchin line and for the first time, from 1 April 1866, there were through services to London, Kings Cross from all stations.

The Royston to London, Kings Cross part of the line was electrified in 1978, although it was not until 1988 that this was extended to Cambridge. So, for those ten years, diesel units from Cambridge  pulled into Royston and streams of passengers hurried to the waiting electric trains for London.

The station at Odsey opened 21 October 1850, on the same day as the line. The immediate question that springs to mind is why a station here? Other communities along the way did not justify stations. Also it was named Ashwell Station, despite being at Odsey and located entirely in the parish of Steeple Morden. It helps to know that John George Fordham owner of the Odsey estate was one of the promoters and directors of the Royston and Hitchin Railway, which company remained owner of the line until 1897.  John George may have influenced the decision for the line to take a route away from his estate, although overall he must have been in favour of the railway coming to Odsey? The Fordham family had extensive local business interests, with John George a director of Fordham’s Bank in Royston and the family having brewing, farming and other activities in Ashwell. By way of illustration, the existence of the Station facilitated expansion of the brewing business, allowing it to supply pubs in North London, and later there were new Fordham businesses, such as coal merchants and fertilizer processors and merchants, which made extensive use of the Station. The fertilizer business required the erection of a mill at Odsey, just down the road, to grind phosphate rich coprolites “mined” at North Brook End and in Guilden Morden and Abington Pigotts.

Ashwell Station is there because it was required to serve the personal and business needs of the Fordham family and it was located at Odsey, as that is the nearest it could be to Ashwell village and be accessed via the existing road systems. Anywhere else and new roads would have had to be built. Deviating the route of the line to Ashwell itself would have been difficult owing to the topography and would have have made no sense economically. So  a station at Odsey was the best answer and, to make clear its position in the universe, it was named Ashwell Station.

It came complete with a commodious Station Master’s house and ticket hall. More strikingly, there were extensive sidings, yard and Goods Shed (still standing) to receive and despatch all manner of goods. This was no trackside halt, rather it was built to an ambitious scale and the economic and social benefits were to spread way beyond the interests of one family. This station allowed agricultural crops grown in Steeple to access wider markets and later when horticulture and fruit growing became a significant activity locally, produce could be shipped speedily to the London wholesale markets. Later dog breeders could transport their unaccompanied puppies to their new owners – that is a story to be told elsewhere. A wide range of building materials could be brought to the locality and more roofs of slate started to appear, as did different brick types and ornate architectural iron work that could be ordered from a catalogue and supplied by London foundries or from as far away as Birmingham. Not forgetting, that until 1883, the railway companies had the monopoly on transporting parcels.

Ashwell Station was for a hundred years a busy commercial hub and its value was especially apparent during the agricultural depression, which started in 1870 and lasted through to the 1st WW. It is fair to say that without the station, Steeple Morden and district would have had a tougher economic depression. The proximity of the station allowed residents to move elsewhere for work, especially to north London, yet stay in touch with “home”. New residents moved into the village to rent or buy the more substantial houses; attracted by the rail link. Commuting was in its infancy, but was becoming a way of life for some.  Today, it is the station of choice for many local commuters, who may not realise it is all down to the foresight of John George Fordham.

On 1 April 1920 the station was re-named Ashwell and Morden, which remains its name to this day.

The road bridge over the railway was raised to allow for cables to be slung beneath, when the line was electrified in 1978.

Before the railway came, Odsey consisted of the Odsey estate with associated buildings, which are all in Guilden Morden parish. Otherwise there was only Cheyney Lodge Farm on Odsey Way, Steeple Morden; set within open fields and rolling pasture land. The hamlet as we know it today grew up round the station, with cottages to house railway workers and an inn to refresh travellers; all of which were built soon after the station opened. The Railway Tavern or Inn, newly erected by the Fordham family and supplied by the family brewery, was already open for business by March 1851. 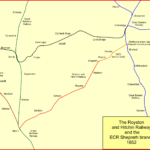 Hitchin to Royston and onto Cambridge. The route from 1852. 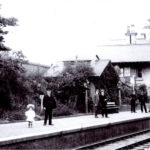 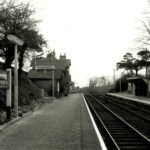 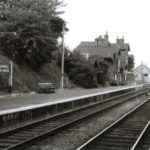 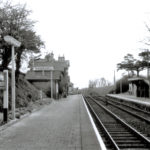 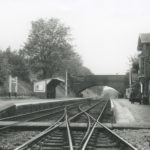 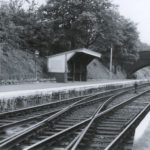 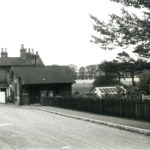 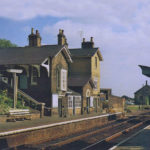 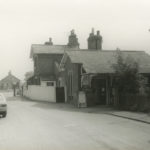 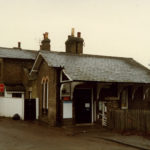 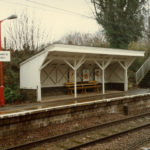 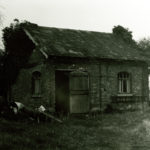 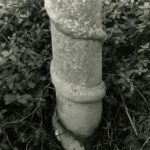 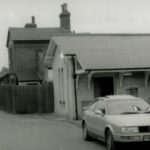 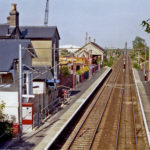 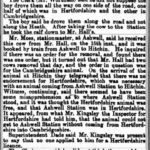