Abraham Cambers was the publican at the Fleck’s Lion beerhouse on Fleck’s Lane, which is shown above as it is today. The original house is the thatched part on the left and the right hand part is a modern extensiion.

On the morning of Monday, 16 November 1874 his great nephew Charles Street of Guilden Morden called whilst his great uncle was at breakfast and proceeded to shoot him dead as retribution for some real or imaginary slight. It was note worthy for several reasons: the youth and behaviour of the nephew, the fact the pistol misfired first time, so Charles Street reloaded and tried again, all the while apparently his uncle sat munching his breakfast and the trial, with sentence of death, that was one of the earliest to be commutated to prison for life on the grounds of unsound mind.

Right from the start the case attracted attention up and down the country and reports appeared in well over one hundred different newspapers.

A further point of interest is that Charles Street’s life in prison can be followed in detail, until his eventual release after serving twenty years and with almost certainty his final days, death and burial are also known. 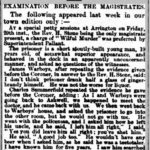 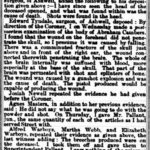 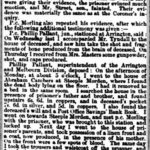 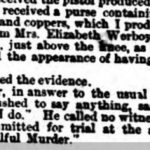